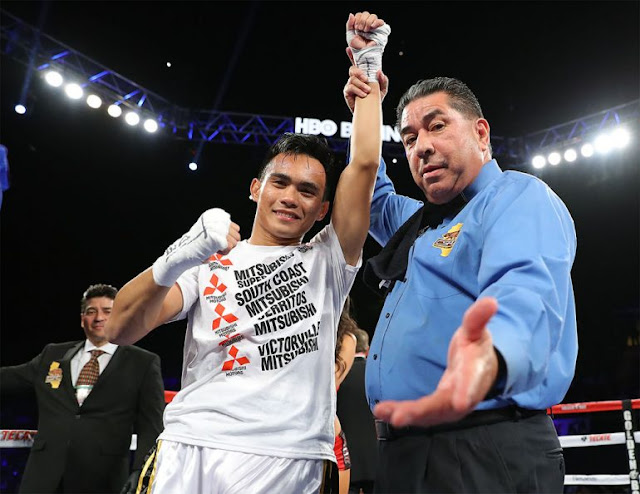 Duno, a top contender in Philippines has a 75% knockout rate and racking up notable victories against Juan Pablo “Lagarto” Sanchez, Yardley Armenta Cruz and Gilberto “El Falco Gonzalez. He will be looking to avenge the loss of his fellow compatriot Mercito “No Mercy”Gesta.

“I feel good, and I’m happy to be returning to the ring,” said Romero Duno. “Mercito Gesta is my friend. This victory will be for all of his fans and for the Filipino fans. I will make sure to train very hard to give a great fight on May 16.”

Juan Antonio Rodriguez pulled off a major upset in defeating Mercito Gesta in his last outing and will be gunning directly towards a title shot, if he is able to defeat Duno. Rodriguez has been in the ring with forner world champions Billy “The Kid” Dib,  Javier “El Abejon” Fortuna and even challenged Jezreel “El Invisible” Corrales for the WBA Interim Super Featherweight World Title.

“I’m very excited about my next fight on May 16 against a very tough opponent in Romero Duno,” said Juan Antonio Rodriguez. “I want to make it clear that it my victory against Mercito Gesta was no fluke. And let’s not forget that he was ranked No. 2 in the world in his time. I always conscientiously and never take any fight lightly. I try to give everything in the gym, and I’ll come in great shape to give a great fight. I know that Duno is a great fighter. He is very strong and can hit very hard, so I invite everyone to be there and to not blink bevause this fight can end in any round. Someone is going to get knocked out!”

The supporting bout will have Manny “Chato” Robles III (17-0, 8 KOs) defend his NABF Featherweight Title against Rigoberto Hermosillo (11-0-1, 8 KOs) in an all Mexican fight.

Other fights on the Card