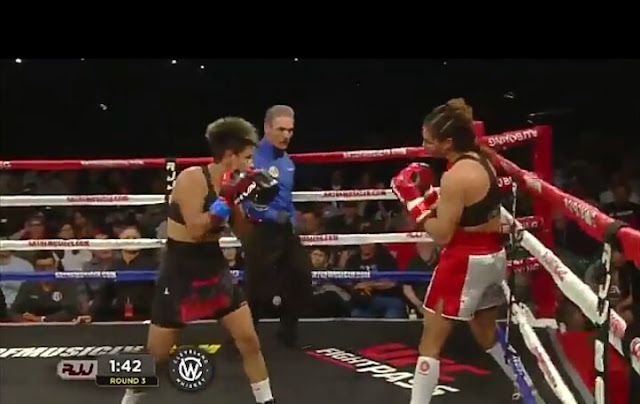 The fight was the first headlining female bout on Roy Jones Jr Boxing and it’s actually filled with much action, as the underdog staged a great performance, took the fight to Kerwat and was able to get her hurt in the third round.

By the fifth Round it was actually clear, Da Silva was going home with the victory because she was always get the best of the exchanges, landing in repeated left hooks to the body, each time Kerwat tries to breaks away.