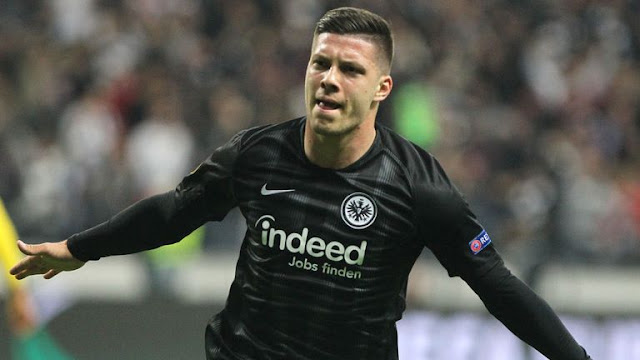 The youngster has scored 17 goals in 31 for Frankfurt in Bundesliga, this season and 10 for them in the Europa League, where they lost to English side Chelsea FC in the semi Finals.

The Striker had joined the German side on loan from Benfica and was through an option on his contract, made permanent by Frankfurt just last month.

Frankfurt will still have to pay about £10.5m of the transfer fee to Benfica.