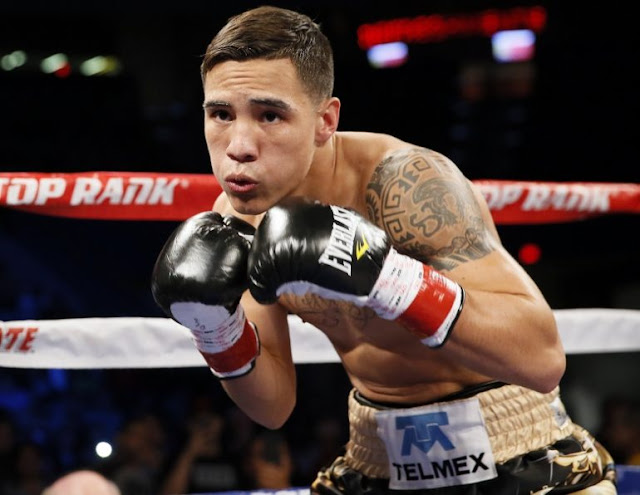 WBO featherweight champion Oscar Valdez (25-0) is working on a possible return against Erick Ituarte (21-1-1), with a deal currently being finalized for June 8th at the Reno-Sparks Convention Center in Reno, Nevada in an ESPN televised main event.

Oscar Valdez in his last outing defeated Carmine Tommasone 7th round knockout. His first fight since winning  a decision over Scott Quigg in his fifth title defense back in March, 2018. He surfered a broken Jaw. The ones defeated, Ituarte is on a 14 fight winning streak

Oscar Valdez is promoted by Top Rank and they  recently announced a co promotional deal with former two-division champion Carl Frampton. A development that might lead to a massive showdown between the two later in the year.

Both fighters have in the past expressed their desire to face themselves and this will only be possible, if Oscar can defeat his next opponent “Ituarte”