Mykquan Williams Vs Rickey Edwards Headline DiBella Event On May 17 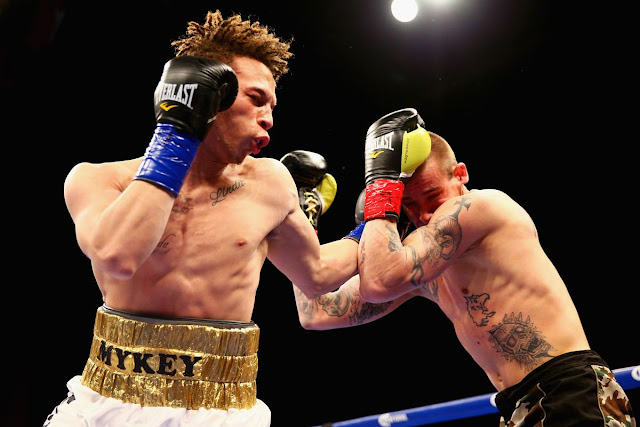 The main event will be lit by Mykquan Williams (14-0, 7 KOs), who in his last bout ventured out of New England for the first time as a professional in February, when he defeated Andre Byrd via an eight round Unanimous Decision in Dallas, TX.

Rickey Edwards (12-2, 3 KOs) will be making his first appearance this year and the first time since battling to a shout out Unanimous Decision victory over William Gonzalez on December 14, 2018 in Houston, TX.

“I’m thrilled to bring Broadway Boxing back to our home away from home at Foxwoods Resort Casino,” said Lou DiBella, President of DiBella Entertainment. “Headlining the card on May 17 will be the explosive ‘Marvelous’ Mykquan Williams, from East Hartford, CT, in his toughest test against Rickey Edwards and in his first 10-rounder. The event will also feature two prominent fighters on the comeback trail, with former cruiserweight world champion Marco Huck, now a heavyweight, and featherweight contender Toka Kahn Clary. Dynamic heavyweight prospect George Arias will continue his rise up the professional ladder. The stacked undercard will also include New England fan favorites Irvin Gonzalez Jr., Adrian Sosa, Anthony Marsella Jr. and Jacob Marrero.
“This is our second event streamed exclusively through UFC FIGHT PASS® and we’re thrilled that boxing fans worldwide can enjoy this exciting night of fights.”

Toka Kahn Clary (25-2, 17 KOs) Will be returning to the ring for the first time since losing to Kid Galahad in an IBF title eliminator last October. junior welterweight Adrian Sosa (10-0, 8 KOs), of Lawrence, MA, will fight in a scheduled six-rounder.