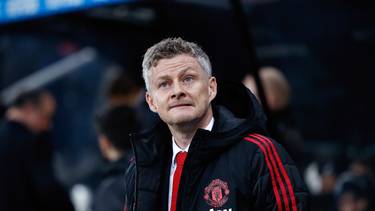 Manchester United Legend Jaap Stam has maintained that Manager Ole Gunnar Solskjaer will have to be brutal in his dealings this summer in order to get the Club back to its initial status.

Stam played along side the United Boss during the Treble99 game against Bayern Munich Legends at Old Trafford on Sunday, a rematch in rememberance of the 1999 Champions League Final.

He advised the United Manager to thoroughly assess the present squad during this summer and make “hard decisions”, even part with players with years left on their contract in order to achieve Club goals next season.

“I think we definitely could do with some more quality up front, in midfield and the back four as well,” Stam told Sky Sports News.

“You want a squad that is competitive towards each other. Everyone needs to push each other to get the maximum out of everyone – to achieve something.
“As manager and as a club you need to have a look at that. After the last couple of seasons and how everything is going, I think it is good to re-evaluate everything in the team.

“Look at the players, what they have done and what they have achieved. Even players who have a contract for another three or four seasons – you need to make your choices towards them and what you want to do with them.
“At the end of the day the most important thing is to achieve the goals you set out, sometimes you need to make hard decisions to do that.”

Manchester United Legends ran out 5 – 0 winners over Bayern Munich Legends at Old Trafford on Sunday, with goals from Solskjaer, Yorke, Beckham, Saha and………….