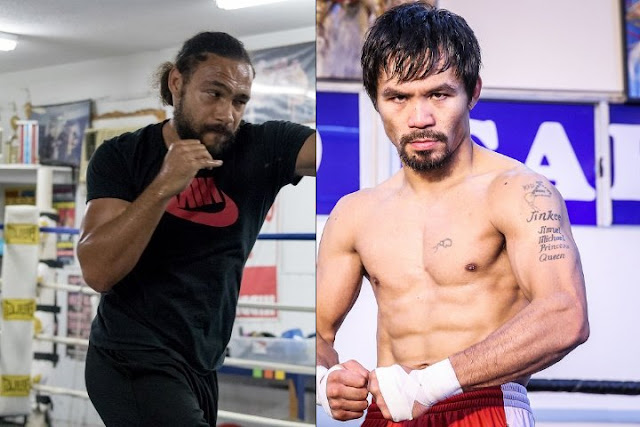 Manny Pacquiao will be returning to the ring on July 20th to face undefeated Welterweight champion in Keith “One Time” Thurman, in what could be Pacquiao last ride for at a World Title.

The 40 year old Pacquiao dominated Adrien Broner through twelve rounds to win the WBA “Regular” Welterweight World title that has eventually placed him in line for a bout with WBA “Super” Welterweight Champ Thurman.

Pacquiao has 61 wins in 70 fights and has racked up titles at eight weight classes, while Thurman, come off a two year lay off to outpointed Josesito Lopez over twelve rounds.

The Filipino Legend and Future Hall Of Famer has no issues with been an underdog for the fight. The oddsmakers have made Thurman the slight favorite in the contest but seems to be an added motivation for “Pacman” who has seen many days, as an underdog.

“Beautiful. That’s what I want [to be the underdog],” Pacquiao told Rappler. “(Just like with Oscar) De La Hoya. It’s going to be an added motivation.”

Manny Pacquiao defeated all odds in 2008, when he dominated and sent De La Hoya into retirement. Thurman had some issues  the seventh round of his last fight and this might spell an end, if those reoccurs against the experienced Pacquiao.

However, International matchmaker Sean Gibbons, believes some people are underestimating the philipino legend “Thurman’s never fought somebody like the Senator,” .

The fight will be on Fox pay-per-view from the MGM Grand Garden Arena in Las Vegas.