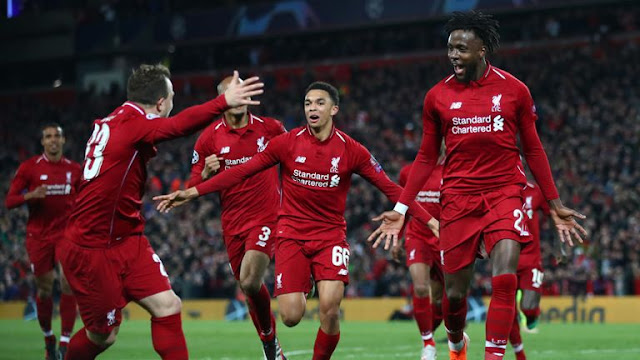 GOAL : 7′ Divock Origi 1 – 0
Well, well, well! What a start for Liverpool!
Alba’s header is a poor one and it gifts possession to Mane deep in the Barca half. He flicks the ball onto Henderson who drives into the penalty area before getting a shot away.
Ter Stegen does well to push the England midfielder’s shot away but he can only push it as far as Origi, who taps into an empty net.
The Barcelona players have their hands up for offside but the Liverpool striker is definitely onside!

GOAL : 54′ Georginio Wijnaldum 2 – 0
It really is game on now! Wijnaldum meets Alexander-Arnold’s low cross and drives a low powerful strike past Ter Stegen and into the back of the net.
In all honesty, Ter Stegen should have done better, letting it run under his body.
Something special is starting to happen at Anfield!

GOAL : 56′ Georginio Wijnaldum 3 – 0
Wow, just wow! Can you believe it?
What an impact Wijnaldum is having! He rises highest in the penalty area and guides his header into the top corner to leave Ter Stegen stranded!
Anfield is going crazy for this. Are we about to witness one of the greatest Champions league comebacks of all time? There’s plenty of time remaining…

GOAL : 79′ Divock Origi 4 – 0
OMG! Liverpool have caught Barcelona napping and the comeback is complete!
Barcelona are fast asleep at a corner and Alexander-Arnold and Origi take full advantage!
Alexander-Arnold almost walks away from the corner but he spots Origi totally free on the edge of the six-yard box. Full credit to Origi as well, who stays alert before producing a quality finish into the far corner! 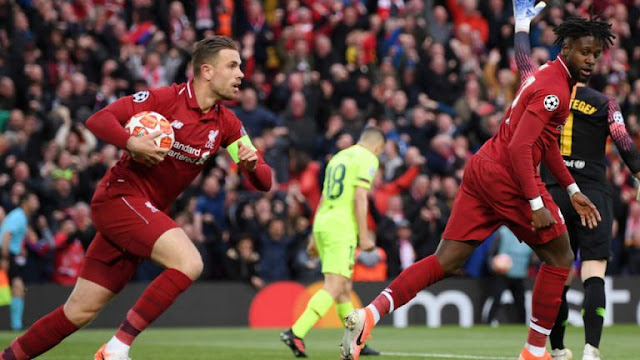 Liverpool FC will be hoping to overcome a three gal deficit, they conceded in the first leg of the UEFA Champions League Semi Final against FC Barcelona, when they host the Spanish giants at Anfield on Tuesday night.

Liverpool FC had a good game against Barcelona but failed to capitalize on their chances and had issues holding down the Spanish giants, when they are not the break.

The Reds will now face a second chance on the tough task of stopping Lionel Messi, which scored twice against the Premier League contenders, with one going in via a magnificent free kick.