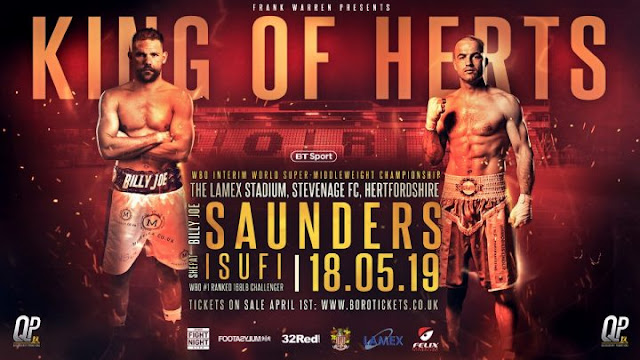 Billy Joe Sounders will face No. 1 rated WBO Shefat Isufi (27-3-2, 20 KOs) for the WBO super middleweight title in the 18th of May, at the Lamex Stadium, in Stevenage, UK.

They were both initially supposed to fight for the interim WBO super middleweight title but Gilberto ‘Zurdo’ Ramirez vacated the 168 pound title  making available for Sounders-Isufi.

Sounders will be having an opportunity to rewrite the wrong in his career after testing positive to a banned substance “Oxilofrine” in a  test conducted by the Voluntary Anti-Doping Association (VADA) last summer.