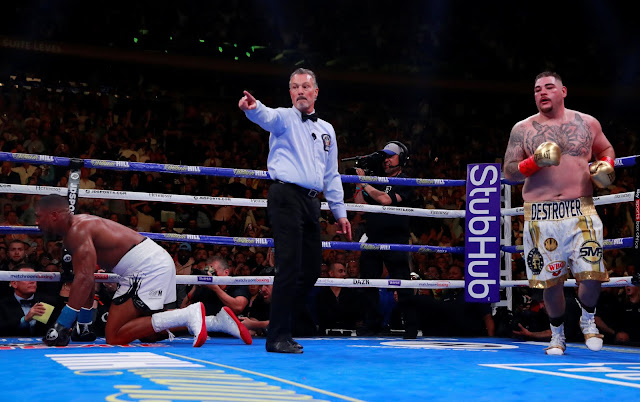 Unified Heavyweight champion Anthony Joshua will defend his IBF, WBA and WBO Titles against late replacement Andy Ruiz in his US debut at Madison Square Garden in New York on June 1, live on Sky Sports Box Office.
The card will be packed with huge Fight including Katie Taylor’s undisputed world lightweight title Fight with Persoon, also with Callum Smith’s first world title defense.
This will be Anthony Joshua’s eight world title Fight and the 23rd in his professional career. The ones defeated Andy Ruiz will be fighting for the 34th time as a professional, with his only loss coming against Josepg Parker in 2016 when he challenged for the WBO title.
Check Back In Five Days Time For Live Results, Highlights, Photos And Recap

[…] WBO Heavyweight champion Andy Ruiz in their upcoming clash on Saturday Dec. 7th in Saudi Arabia.Ruiz Jr. shocked the world against all odds on June 1st at Madison Square Garden, when he dropped Jo… four times en route to a seventh round stoppage victory. Despite the shock, which still stays fresh […]