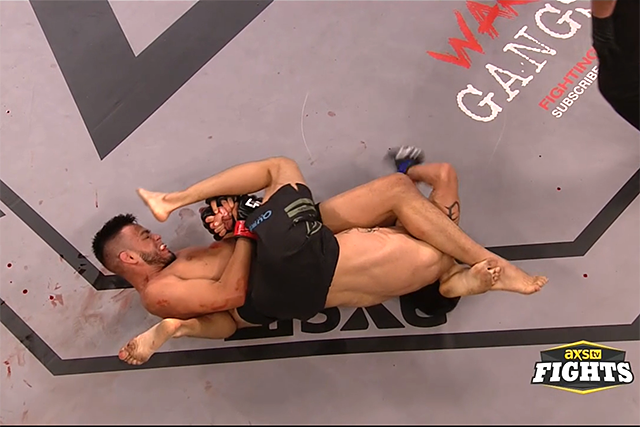 Brandon Royval submitted UFC vet Joby Sanchez (12-5) in the furst round of a Flyweight bout which served as the main  event of LFA 65, which aired live on AXS TV from Dobson Arena in Vail, Colo.

Both fighters engaged in a fiery exchange in the opening first minute of the bout, with Royval being more aggressive and Sanchez standing his ground. Sanchez through the exchange recieved a cut on his left temple but this didn’t deter his determination, as he began controlling the fight and even attempted a choke but this wasn’t successful.

still out of it. #LFA65 pic.twitter.com/CKtkHRDx8I

After Royval escaped from that submission attempt, he went for a submission of his own.Royval was able to work first to guard, then to an armbar, extending his opponent’s limb and getting the tap at the 3:17 mark of the first frame