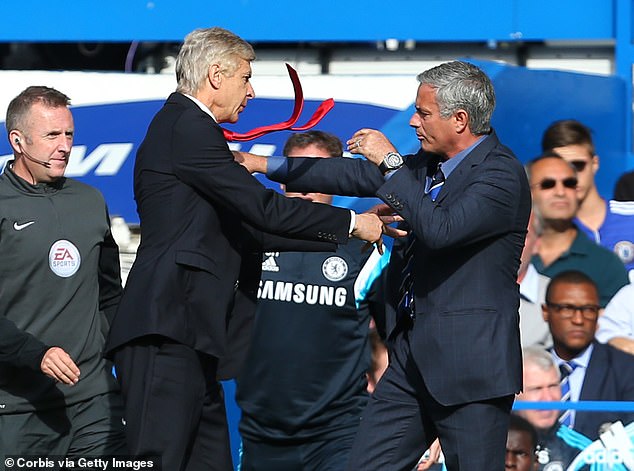 Jose Mourinho and Arsene Wenger will both share the same studio for the UEFA Champions League Final between Tottenham Hotspur and Liverpool FC on June 1st.

The former Chelsea FC and Arsenal FC  managers had during their coaching days been great rivals and foes, with different views and technical preferences in football and could easily be forced into physical and verbal exchanges when their views are crossed.

They will both be Pundits at BEIN Sports studios on June 1st for the UEFA  Champions League Final.

They have shoved themselves in the past and have both called themselves names, partparticul Jose Mourinho who called Wenger a “Failure” . With all the drama from their coaching past, every footfoot fan will be eagerly waiting to see how they fare togetger inithe stustu.

They will both be talking about their familiar Premier League foes Tottenham Hotspur and Liverpool FC in a competition both competed so regularly, it became their tradition.

Jose Mourinho also in the past lifted the trophy with Porto in 2004 and Inter in 2010.