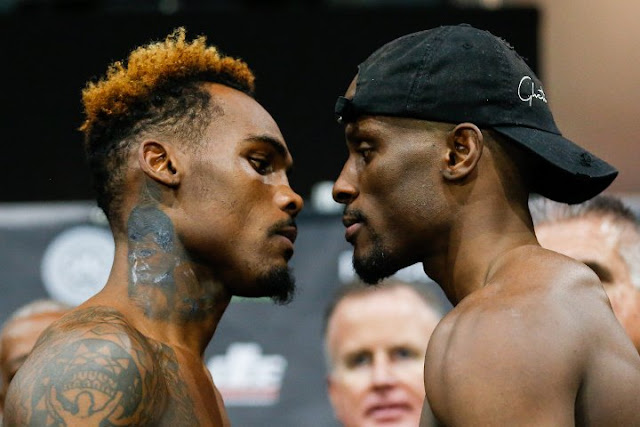 Jermell Charlo will have a big opportunity to avenge his loss and also take back the Junior Middleweight title taken from him by WBC Super Welterweight Champion Tony “Superbad” Harrison, when theytbith share the ring on Sunday, June 23 in the main event of Premier Boxing Champions on FOX and FOX Deportes from Mandalay Bay Events Center in Las Vegas.

Tony Harrison pulled off a major upset against Charlo on December 22nd last year and snatched with the win, the WBC Title and his unbeaten record. The fight was so close that it catalyzed the prospect of an immediate rematch after the winner was announced.

Harrison has shown over the years that e is a good fighter, fighting himself through the ranks to twice earn a title shot and eventually, winning a world title in the second. Before winning the title against Charlo, Harrison had failed in his first bid. Losing to the Unified 154 pound champion in his first title shot.

“Being a world champion now, I’m excited to defend my title for the first time in this rematch that everyone is looking forward to,” said Harrison. “I think there’s actually more pressure on Charlo, just like last time. It’s just a blessing for me to be fighting on FOX and FOX Deportes Sunday, June 23. Everyone is going to be tuned-in to this fight and we’re going to bring the action to Mandalay Bay in Las Vegas, the capital of the boxing world. I plan on doing the exact same thing to Jermell that I did in December. I’m going to get the win, and then I don’t want to hear any more crying or excuses.”

Charlo (31-1, 15 KOs) was handed the only blemish in his record by the loss against Harrison, despite going into the fight on the back of some incredible victories, which also included the devastating knockout win over John Jackson, to win the vacant title back in 2016.

“I am in a ruthless state of mind. I am upset and this upcoming fight, I am going to give it 110 percent,” said Charlo. “I am way hungrier now than I was before. I am not desperate for a win because I know how to win. The judges gave me a bad decision because I didn’t get the knockout, but you don’t have to knock everybody out to beat them. He knows he didn’t beat me. He knows exactly what happened. He knows he can’t beat me. If I have to go in there and prove it again, I will.”