Hughie Fury Stops Chris Norrad In The Second Round 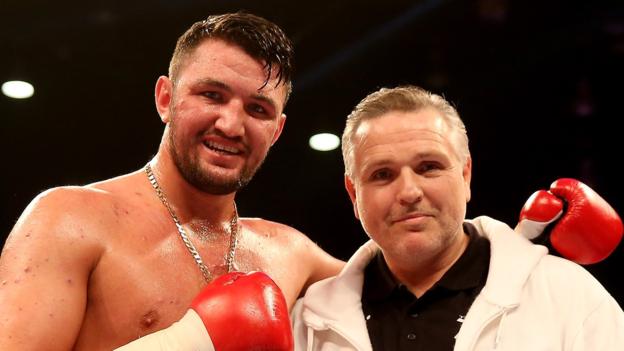 Fury was returning to the ring for the first time since being schooled to a Unanimous Decision loss by Kubrat Pulev in a IBF final eliminator in October of last year.

The fight was his second loss in three fights and was made to stay out of the ring due to a bad cut, he suffered during the fight.

📸 Footage Of Hughie Fury’s 2nd round stoppage. Chris Norrad dropping to the canvas over a period of the 10minutes 👀 #FuryNorrad

From the opening bell, Fury attacked Norrad applying pressure, placed him in the backfoot. He was offering nothing in return, sacrificing his head and body for the beating.

In the second round, Fury knocked Norrad down with a series of shots and after making it back to his feet after the 10 count  the referee ended the bout.