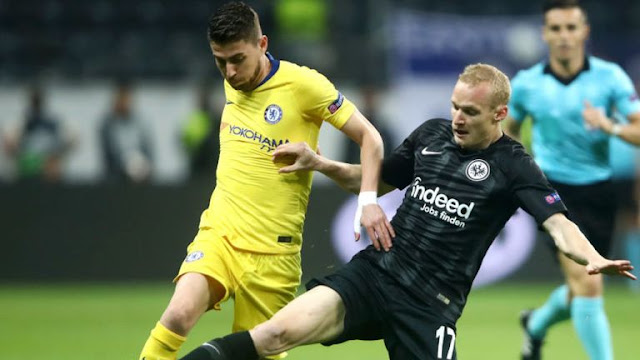 GOAL  : 23′ Luka Jovic 1 – 0
Frankfurt’s main man comes up with the goods once again for his 26th goal of the season.
Chelsea fail to keep hold of the ball, allowing Frankfurt to lay it off for Kostic to race down the left-hand side. Jovic is calling for the ball in the middle and Kostic obliges.
Jovic gets down low – in the middle of the two Chelsea centre-backs – and heads the ball past Kepa

GOAL : 45′ 1 – 1 Pedro Rodriguez
On the stroke of half-time and Chelsea make their pressure count!
Willian’s corner is initially cleared by Frankfurt, but Luiz pops it back in for Loftus-Cheek. He twists and turns around the incoming defenders before laying the ball off to Pedro at the top of the area.
As the players surround him, Pedro shows some wonderful quick feet to hammer the shot through a packed box and into the far corner.
It’s a vital away goal and at a vital time just before the break, with one minute added on. 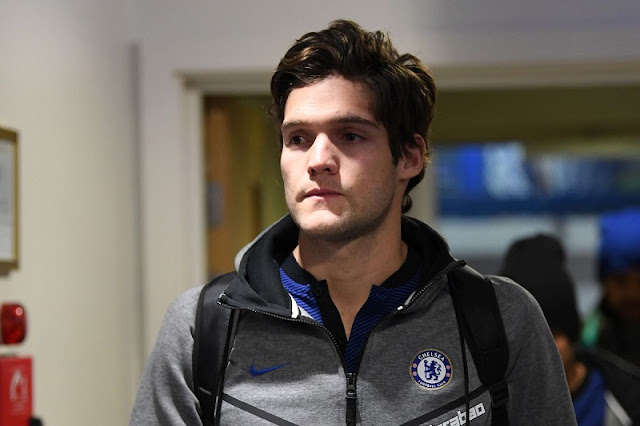