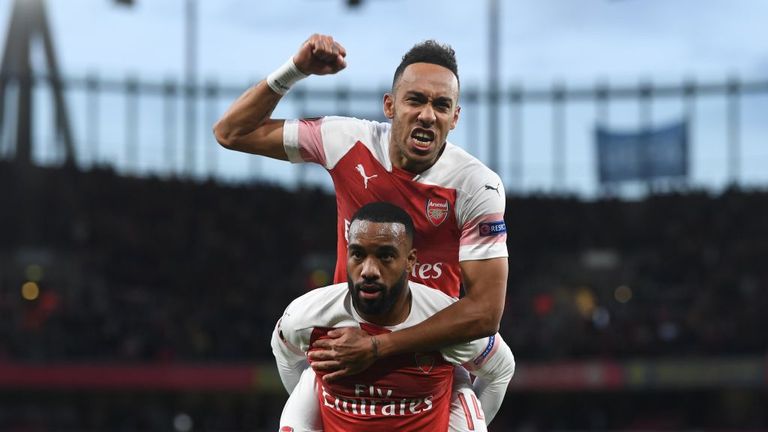 GOAL  : 11′ 0 – 1 Mouctar Diakhaby
Oh dear, Arsenal. 11 minutes in and Valencia have the lead, and the away goal. Parejo lifts a corner into the far post, where it’s headed back across goal by Rodrigo.
There’s three Arsenal players at the far post, Lacazette, Xhaka and Koscielny, but Diakhaby shows more desire than all of them to head the ball beyond Cech for the opener from close-range.

GOAL : 18′ Alexandre Lacazette 1 – 1
Like a bolt from the blue Arsenal are level! With their first shot of the game, they are level at the end of a brilliant break.
A nice ball from Ozil finds Lacazette under pressure from Piccini just inside the Arsenal half, and he turns away before playing a brilliantly weighted through-ball between two defenders into Aubameyang’s path.
He cuts back with Neto rushing out off his line, and squares for Lacazette to fire into an empty net from the edge of the box. Where did that come from?!

GOAL : 26′ Alexandre Lacazette 2 – 1
What a turnaround! Arsenal go from shambles to super in the blink of an eye, and Lacazette is the man in the goals again.
This goal is a lot simpler, Xhaka crossing from deep on the left and catching Roncaglia on his heels, leaving Lacazette a free header at the far post which Neto makes a bit of a hash of, failing to properly palm it away, and despite the defender’s desperate last-ditch clearance the ball has already gone in – Arsenal lead!

GOAL : 90′ Pierre-Emerick Auba… 3 – 1
The third is finally here! Aubameyang might just have given Arsenal the advantage they need in this tie. Lacazette originally pulls a wonderful save out of Neto when his shot wickedly deflects off Gabriel, but he keeps the ball alive on the left flank and finds Kolasinac.
His crosses have been questionable all night but he delivers when it matters – he curls one onto a sixpence at the back post where Aubameyang has made an excellent late-run, and he volleys in from a tight angle to put Arsenal two ahead on the night.
Is that going to be the goal that ultimately puts Arsenal into the final? We’ve still got 90 minutes to go, but that’s breathing space for the Gunners at the Mestalla now. 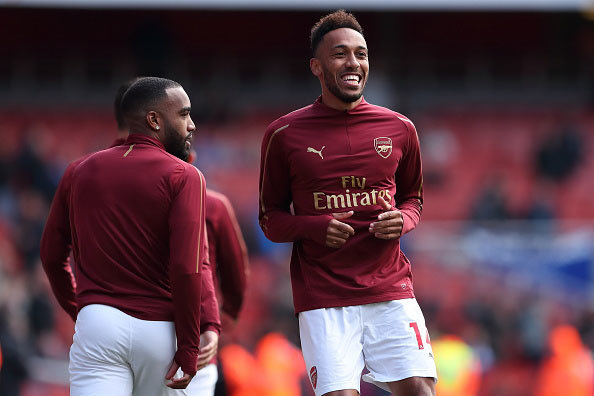