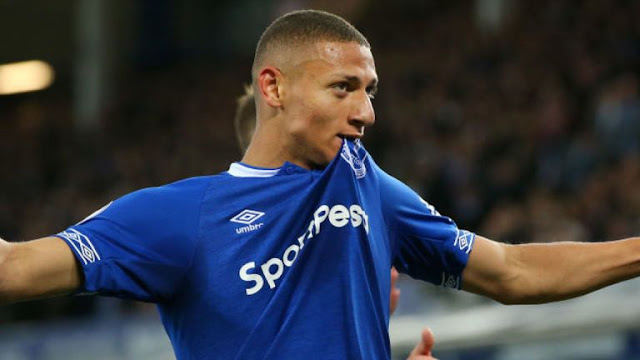 GOAL  : 17′ Ben Mee (o.g.) 1 – 0
They just needed the goal – and they’ve got it! Richarlison peels off onto the left when the ball get played across the Everton front line 25 yards out. Lowton is with him but stands off the Everton man, almost inviting him to shoot.
And this Brazilian hotshot doesn’t need a second invitation. On his supposedly weaker left foot, he takes aim and fires a powerful effort beyond Heaton into the far corner, courtesy of a big nick off Mee’s knee which takes it inside the post for an unfortunate own goal.

GOAL : 20′ Seamus Coleman 2 – 0
A mad three minutes might have already won this game for Everton 20 minutes in. The Toffees are queuing up to strike with their first attack after their opener, with Digne having a first bite of the cherry when the ball reaches him just outside the area.
His effort is deflected away but he has another go from distance which Heaton dives to keep out, but gets a late hand up to the ball and keeps it alive in the six-yard box. That’s the only invitation Coleman needs to fire into an unguarded net, and he nods in his second league goal of the season.