Eden Hazard Hints At Chelsea Exit – This Must Be Goodbye 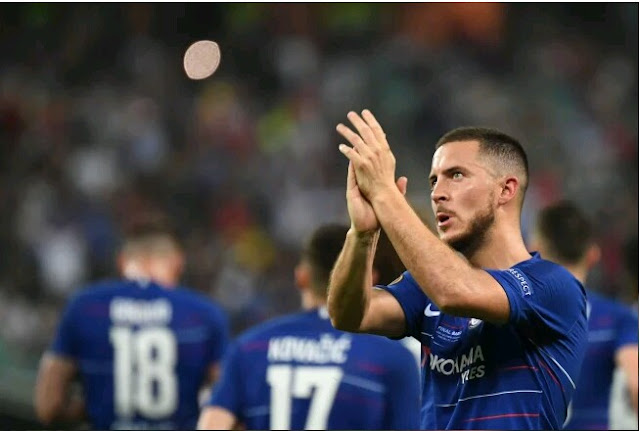 Eden Hazard was able to inspire Chelsea to another Europa League trophy, scoring a brace against their London rivals Arsenal  in Baku to crown a relatively successful 2018/19 season.

Hazard has never been shy about his possible move to Real Madrid and more than any other transfer window, he has been heavily link with the move  with Chelsea showing willingness to let him leave.

“We will decide in a few days and the only target in my mind was to win this final. I have made my decision already and now I’m waiting on both clubs. I think it is a goodbye, but in football you never know.

“My dream was to play in the Premier League and I have done that for one of the biggest clubs so maybe now it is the time for a new challenge.”

Eden Hazard has made 352 appearances for Chelsea, scoring 110 goals and 6 trophies during his time with Chelsea.

[…] The Belgian had earlier speculated that the Europa League final could be his last game on a Chelsea … and it’s seems so, as Real Madrid have been reported, lunching bids in excesses of £100m for the skipper. […]