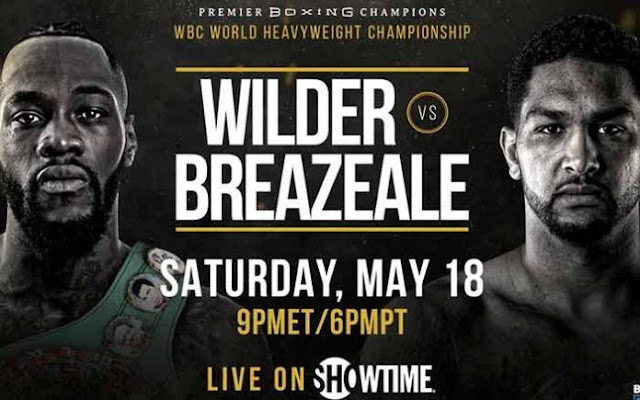 WBC Heavyweight World Champion Deontay Wilder will be defending his title against Mandatory challenger Dominic Breazeale on Saturday Night  18th of May at the Barclays Center, New York.

Both fighters will be out to settle a long standing beef between their camps, which played a major part in the build up and promises to have a knockout ending.

Deontay Wilder is fighting for the first time since his controversial draw with the self acclaimed lineal heavyweight Champion Tyson Fury. Before the fight with Fury, Wilder had knocked out all of his 39 opponents.

Breazeale is going into this fight with a three fight winning streak, since His controversial loss to unified heavyweight Champion Anthony Joshua.