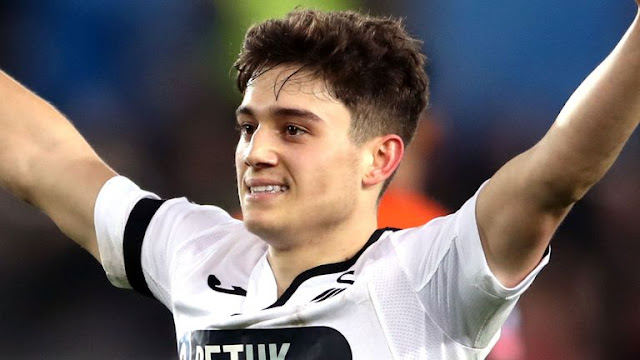 Swansea winger Daniel James has agreed personal terms ahead of a possible move to Manchester United this summer, as first reported by Sky Sports.

Daniel James is set to become Manchester United’s first signing in the Summer Transfer Window and talks are on going, though both Clubs are yet to agree a deal.

The youngster is set to join Manchester United with a £15m, despite having a year left on his contract with the Welsh side.

He was strongly linked with a move to Leads United in January and event went through a successful medical at Leads but the deal got cut off by Swansea on Transfer deadline.

James was handed his international debut by Ryan Giggs and scored his debut Goal complemented with a “Man of the Match” display in the 1-0 win over Slovakia in Cardiff in March.