Daniel Cormier Vs Stipe Miocic Rematch In Play For Aug. 17 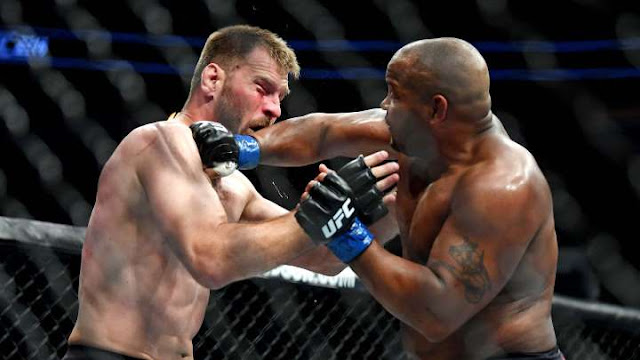 UFC heavyweight champion Daniel Cormier will be making the second defense of his title against former titleholder Stipe Miocic on Aug. 17 in Anaheim, California.

The news was first carried by ESPN, that the fighters will square off one’s again for the UFC heavyweight title in a Pay-per-view event expected to be UFC 241 in August 17th.

According to information reaching us, the fight agreement is still yet to be signed but every indication shows, it will soon be a done deal.

Daniel Cormier defeated Stipe Miocic by knockout at UFC 226 in July 2018, snatching away  the the UFC heavyweight title and has so far defended it ones with a submission win over Derrick Lewis at UFC 230 in November 2018.

Stipe Miocic has been inactive, since losing the title he defended three times to Cormier. He was actually expecting an immediate rematch but has to wait till August 17th, over a year after the loss to get his chance at redemption.

Daniel Cormier had hoped a mega fight with Brock Lesnar would be his next defense but that has all gone with the wind, as Lesnar announced retirement from MMA.