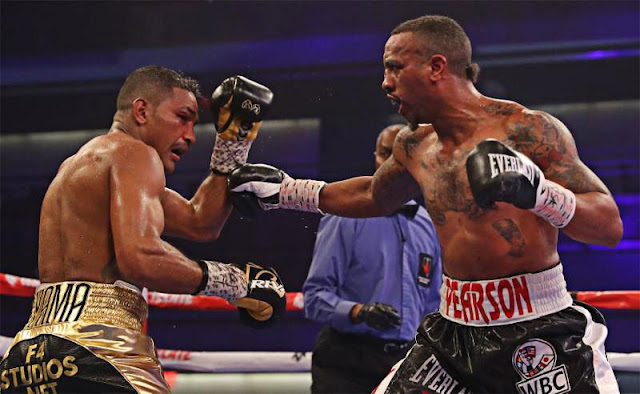 Chris Pearson (17-1, 12 KOs) pulled off a stunning upset against formerly unbeaten and top rated Yamaguchi Falcao (16-1, 7 KOs) with a Ten round Unanimous Decision on Thursday night, at the Hard Rock Hotel & Casino in Las Vegas.

This was a Rematch of their 2011 amateur fight, which Falcao won as part of the World Series of Boxing. Falcao was also an accomplished amateur fighter, who won the Olympic bronze medal in the 2012 London games at light heavyweight, a silver in the 2011 Pan American games and a bronze in the 2010 South American games.

The scores for the fight were 97-93, 96-94 and 96-94, an indication of how much Pearson outworked and outboxed Falcao during crucial spots.

In the Co – main event, Steven Butler (27-1-1, 23KOs) overcame a late scare in getting up from the cancas to defeat Vitali Kopylenko (28-2, 16KOs) via split decision. Butler was knocked down by a body shot in the eight round but was able to recover and secure on scorecards. 96-93, 96-93 for Butler, and 95-94 forKopylenko on the third card.

Other Results on the Card