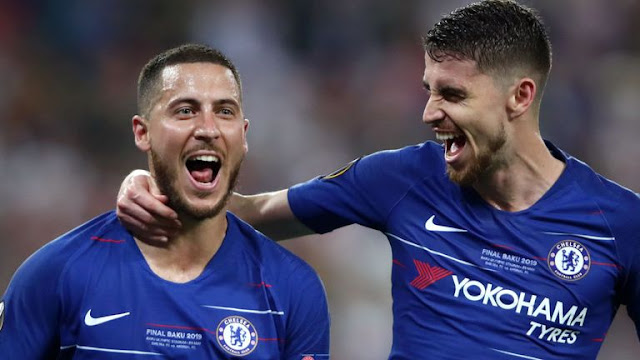 Goals : 49′ Olivier Giroud 1 – 0
Giroud scores against his former club! Emerson on the left accurately picks out Giroud at the near post and he steers the ball into the bottom corner with a fine diving header! Chelsea take the lead!

Goal : 60′ Pedro Rodriguez 2 – 0
Chelsea have another and the Europa League trophy is in their grasp now!
Hazard squares across to Pedro, who clinically sweeps it into the far corner, giving Cech no chance.

Goal : 65′ Eden Hazard (pen.) 3 – 0
left of centre with Cech diving the other way. This is quickly becoming a night to forget for Arsenal.

Goal : 69′ 3 – 1 Alex Iwobi
YELLOW! Christensen slides into Iwobi and brings him down. Arsenal have a free-kick which Xhaka swings in.
Eventually it comes out to Iwobi, who brilliantly smashes it into the top left corner with a sweetly struck half-volley from outside the box! Game on?

Goal : 72′ Eden Hazard 4 – 1
It’s brilliant combination play between Hazard and Giroud and now Chelsea have made it four!
The Belgian lays it off to Giroud before he crosses back to Hazard to slide into the bottom corner. Surely it’s game over now! 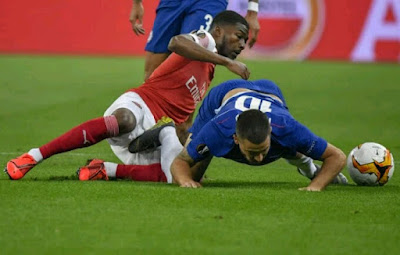 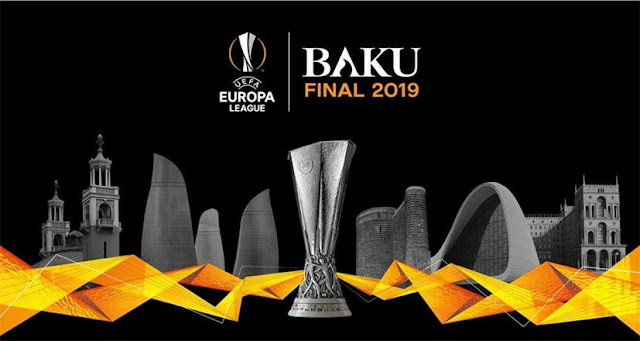 The UEFA Europa League Final will be held to Baku, Azerbaijan for the first time and might become a favored destination for UEFA competitions in future, as UEFA European Championship 2020 final stage matches are also to be held at the destination.

Chelsea defeated Frankfurt via penalties to make it to the final after playing 1 – 1 draw at 90 minutes and extraetime. Arsenal at the other defeated Valencia at home and away to set up the all English final.

The last time both teams met in a UEFA competition was in 2003/04 UEFA Champions League quarter-finals, the Blues winning 3-2 on aggregate.

Chelsea will be the adopted home team as voted in a pool in March, but both sides are permitted to use home colors,  if they are no match. There will also be Video Assistant Referees for the first in a UEFA Europa League.

The Final between two English sides Arsenal FC and Chelsea FC will be live from the Baku Olympic Stadium on May 29. The Stadium Capacity is 68,700 and according to AzerNews 21,500 UEFA Europa League Final tickets offered for sale were purchased by citizens of more than 100 countries of the world.