Chelsea FC has unveiled a new home kit for the coming 2019/20 Premier League season. The kit which is said to be inspired by Stanford Bridge is made Blue shirt, blue shorts and white socks, is made by Nike.

Eden Hazard was seen prominently wearing the new kit in the photo shoot but with speculations linking him away from the club this summer, it remains to be heard if he will ever wear the kit in a competitive game.

Chelsea FC will be fighting for a spot in the Europa League final today against Eintracht Frankfurt in Germany. The game will be the first leg of a two legged semi final tie with the Germans.

Check out Photos Of The New Kit 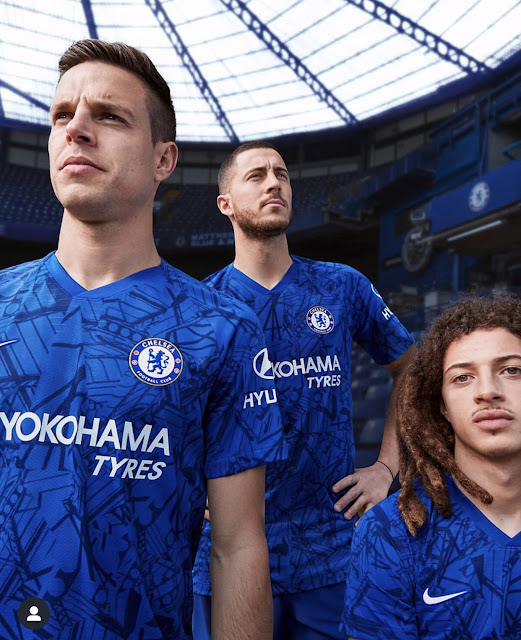 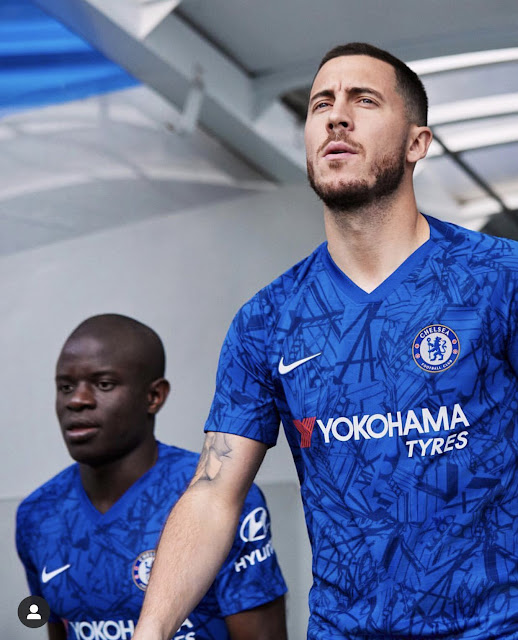