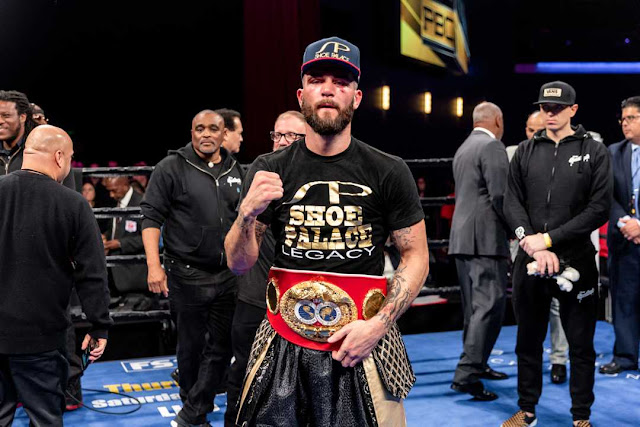 The two undefeated fighters will square off with Lee getting his first shot at a world title, while Plant will look to cement his status as one of the best in the division.

“I’m more than ready to return to the ring on July 20 as the main event on FOX at MGM Grand in Las Vegas,” said Plant. “I’ll be defending my IBF world title in tremendous fashion and this is one fight you guys will not want to miss. I’m taking this fight just as seriously as my last opponent.
“This guy is undefeated and looking to stay that way, but unfortunately for him, he took on the wrong challenge against the wrong guy. Come July 20, he’ll realize he’s in deeper water than he’s ever been in. My last fight was for Alia, but this fight I’m dedicating to my beautiful mother Beth Ann. May you Rest in Peace, Love you Momma.”

Lee on the hand is moving down from light heavyweight to challenge Plant for the title. He won an impressive Unanimous Decision over  Jose Hernandez in his last fight back in June 8th.

“I’ve have dreamt of the opportunity to fight for a world title for years,” said Lee. “All the years of hard work, pain and sacrifice have led me to this moment. On July 20 I will be victorious and prove everyone wrong that didn’t believe I was good enough to even get here.

“When I spent almost two years in and out of hospitals battling an autoimmune disease there were moments I never thought I could get back to this level and there were doctors who told me my fighting days were done. But I have won every fight since and I plan to prove that anything is possible if you want it bad enough. I could not have done this without my Dad, my advisor Mike Borao and my trainers Jamal Abdullah and Julian Chua.”