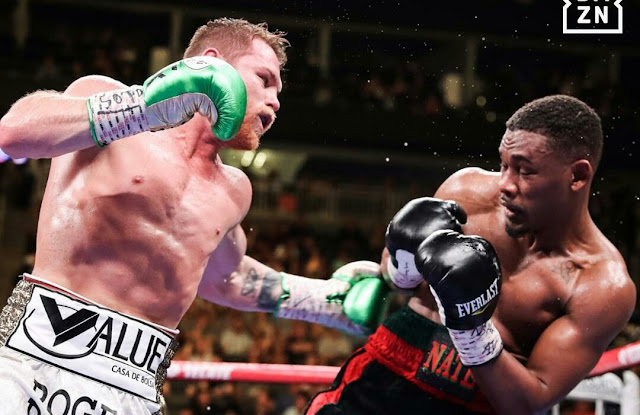 “It was just what we thought,” Alvarez told DAZN’s Chris Mannix through a translator. “We knew he was gonna be a difficult fighter. But thank God we did things the right way, the things we were supposed to do.”

Canelo Alvarez started the fight on a front foot, despite the cagey opener. Canelo quickly forced Jacobs to the ropes butbJacobs relied with combicombina of his own, then switched briefly from OrthOrth to southpaw.

Jacobs tried to register his Jab in the second round but Canelo spoiled his plans by targeting his body. Jacobs was fighting mostly on the back foot, Canelo continued to stalk him and target his opponent’s head with speculative hooks before shrugging off the American’s jab in the next and landing a heavy right followed by an uppercut in the fifth round.

Jacobs was in the middle of a foul after the round, when he landed a punch after the bell. This angered Canelo and attracted a warning from the referee.

Canelo Alvarez started the seventh round with a furious body assault on Jacobs that forced him into holding but he replied with a hook and a combination to back off Canelo.

The two fought on close range in the eight, a back and forth battle that sent the crowd roaring and screaming. Jacobs came out stating tall in that round, forced Canelo backwards at the end of the round.

Jacobs started the ninth, well landing a good left and tested Canelo’s chin with a heavy hook,Canelo toot it well and replied with right-hand’s. The 10th was also more of the same, as Jacobs kept himself fighting back into the fight.

Jacobs had a slip early in the twelveth round and continued his dominance after the fight resumed but Canelo was able to win the fight on claim his 52nd victory in 55 contests.. 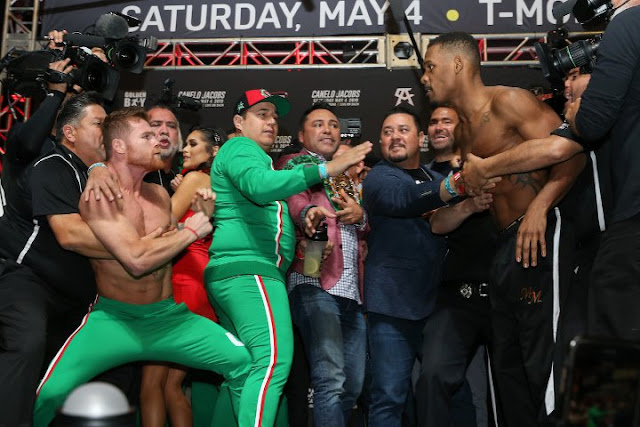 Canelo Alvarez will be defending his WBC and WBA middleweight titles against IBF middleweight Champion Daniel Jacobs in the early hours of Sunday.
The build up to the fight tells us nothing but “It Going to be a Great Night Of Boxing”. Don’t Miss out and if you ever miss any thing.
Check Back On This Page For Live Results, Twitter Updates and Highlights