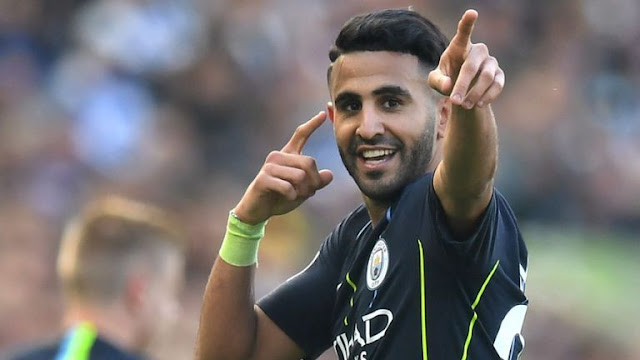 Goal : 27′ Glenn Murray 1 – 0
It doesn’t matter if he knows the Liverpool score or not because at the moment City are not sticking to their side of the bargain!
Ederson comes to punch the corner but he doesn’t get there and Murray rises highest to head the ball into the back of the net!
We asked if there was going to be a twist in the tail and there might just be!
Gary Neville on the gantry: “The cardigan’s off. Get to work Pep, you’ve got a job to do.”

Goal : 28′ 1 – 1 Sergio Aguero
Incredible scenes at the Amex! City have responded immediately to ease the nerves once again and it’s that man Aguero.
David Silva’s flick gets Aguero, who is onside, in behind the Brighton defence and fires the ball under Ryan to bring the scores level.
As things stand, Liverpool are still top but now City just need a goal to reclaim top spot!

Goal : 38′ 1 – 2 Aymeric Laporte
Delight for City! They have turned things around in the blink of an eye!
From the resultant corner, Laporte loses his man and he has the easiest of finishes, heading Mahrez’s cross down and into the back of the net.
As things stand… MAN CITY ARE BACK ON TOP OF THE PREMIER LEAGUE!

Goal : 63′ 1 – 3 Riyad Mahrez
There are wild celebrations from the players, on the touchline and in the stands as Mahrez grabs the all-important third.
It was a big call from Guardiola to start Mahrez but he has repaid his boss in a big way. He turns away from the challenge of Dunk on the edge of the penalty area before powering the ball towards the top corner.
Ryan gets a hand to the ball but he cannot keep the ball out as City take a huge step towards another title!

Goal : 72′ 1 – 4 Ilkay Gundogan
It’s four! City are wrapping this up in some style!
Gary Neville on the gantry: “And relax, City can start enjoying this now!”
It’s a superb strike from Gundogan, who lifts the ball over the wall, placing it in the far corner to leave Ryan stranded.
We’ve seen some dramatic things in football this week but this is probably one miracle too far. With just over 15 minutes remaining it’s probably safe to say Liverpool’s title challenge is over! 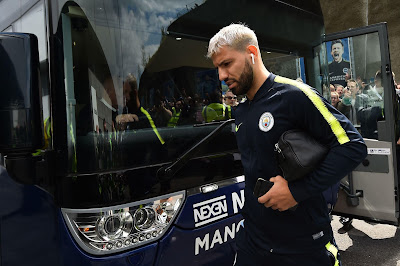 Man Of The Match : Riyad Mahrez 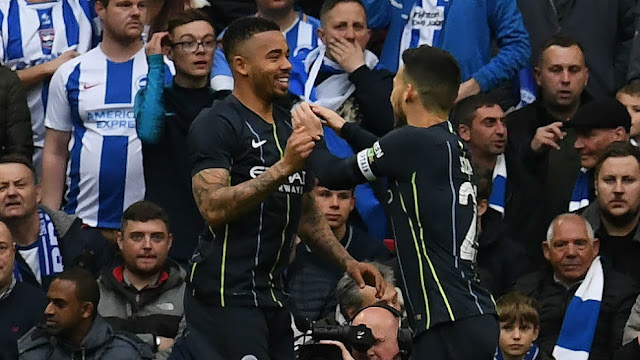