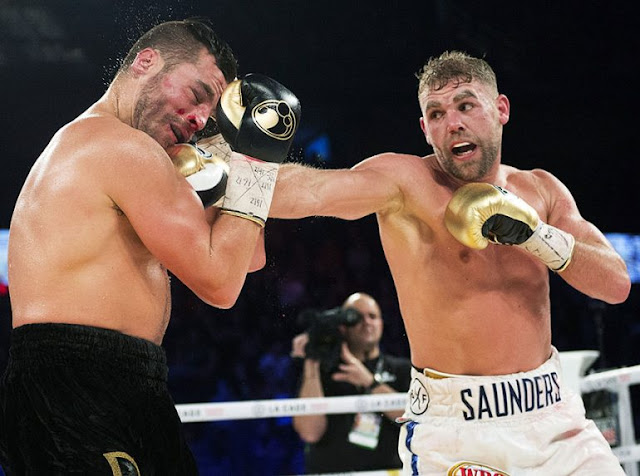 Billy Joe Saunders takes on Shefat Isufi For the WBO super Middleweight title this coming weekend at the Lamex Stadium, in Stevenage, UK.

Saunders (27-0, 13 KOs) , who returns from his suspension for testing positive to a banned substance, was given the WBO number 2 position by the WBO, while Shefat Isufi (27-3-2, 20 KOs) is rated No. 1 by the WBO and both will now fight for the title vacated by Gilberto Ramirez, who makes a move to light heavyweight division.