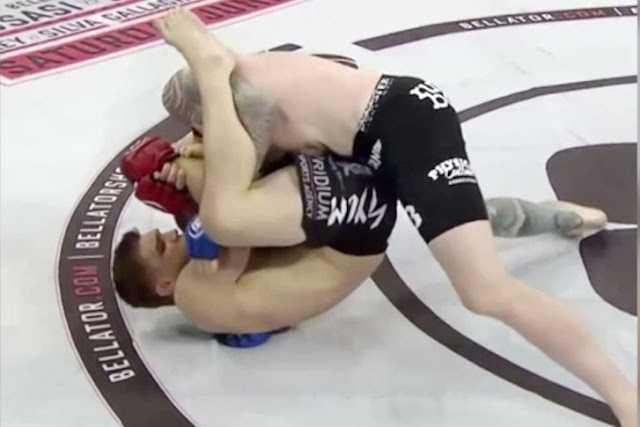 Brent Primus on Saturday needed 80 seconds to defeat local favorite Tim Wilde in the headlining bout of Bellator Europe 2 on Saturday in Birmingham, England. This win will surely send shock waves through the Bellator Lightweight division.

The sequence to his victory, didn’t show he was about to win. Actually, Primus (9-1 MMA, 7-1 BMMA) was caught off-balance throwing a kick and was sent to the Canvas with a right hand. Wilde (12-4 MMA, 0-1 BMMA) immediately mounted the top position, ready to pound him out but the Former Lightweight Champion secured the gogoplata, forcing Wilde to tap out.

“Yeah, man, I knew I was way, way better than him on the ground,” Primus said. “My jiu-jitsu is awesome. I tap everyone in the gym with that gogoplata. … I knew once I got him on the ground he was in my world.”

“I want Chandler,” Primus said after his fifth career submission victory. “If I don’t get him, I want one of the best guys, Patricky [Pitbull], Ben Henderson, but I really want Chandler.”