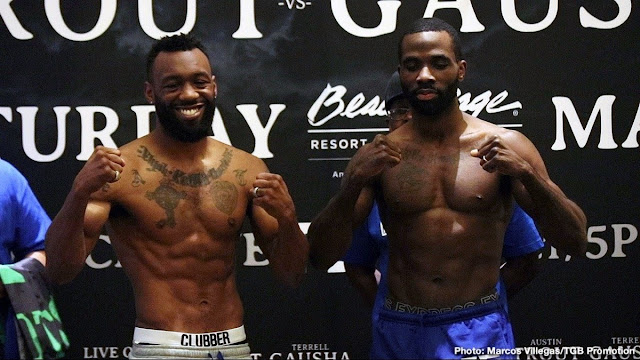 Trout was making it back from a majority decision loss to Jermell Charlo while Gausha came in the back of a knockout win over Joey Hernandez.

Gausha was the aggressor from the opening bell and took control over other first two rounds. Trout actually settled in the third round, started to detract the pace of the fight.

Both fighters fought close, Gausha was controlling the fight, tactically landing the flusher punches.  but Trout was making the fight as close as possible with his body work.

Gausha landed more jabs at ease and gave Trout problems with his movement, through the was still doing some hard work but but his timing appeared to be off a bit.
Trout finally took over the fight totally in the last round, letting his hand go in a bid to impress the judges but the Gausha stood his ground and was able to withstand tiltthe final bell.