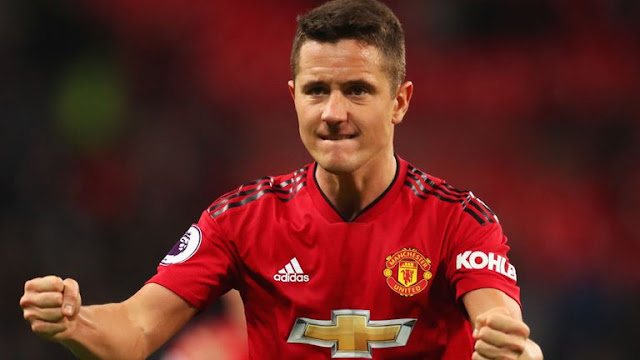 Ander Herrera has confirmed  he will be leaving Old Trafford this summer and through a video on social media , he said goodbye to the fans.

Ander Herrera will be joining Paris Saint Germain (PSG) on a free transfer, when his contract expires at the end of June . He has already agreed terms with the French giants and presently awaiting his contract expiration at Manchester United.

Ander Herrera joined Manchester United from Athletic Bilbao in 2014 and has since then made 189 appearances for the club, winning Europa League, FA Cup and Carabao Cup in his time at old.

In a video released on Manchester United Twitter handle, Herrera confirmed his departure  and thanked the Fans for their support.

“There is red in my heart, I knew it from the first time I played here and in the moment that I started to wear it.
“A club with thousands of fans that respect and remember all the players who give everything.
“I felt special when I heard my name chanted. I felt proud when the fans decided I was part of this incredible history.
“Every time I represented this club, in every game, in wins and losses, even when I couldn’t help from the grass, I understood what this club means.
“I am going to remember each of the almost 200 matches that I have played with this jersey because playing for the greatest club in England has been a true honour.
“Thanks for these five amazing years.”

Manchester United will also be without Antonio Valencia when next season begins, because the club has opted to decline an extension in the Ecuadorian’s contract.

Manchester United will visit Brighton in the final game of the season.