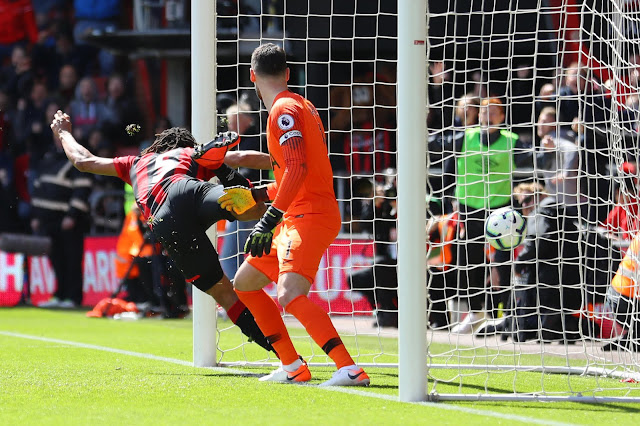 Red Card :SON IS SENT OFF!
It’s all going off here. This is very out of character. Fraser wins a foul off Son and then Lerma comes in. He brushes Son’s leg, who isn’t happy. He reacts shoving Lerma and the Bournemouth man throws himself to the floor. There was little malice but it was an aggressive act. Craig Pawson is on the scene to issue the red card. Blimey.

Red Card : 48: FOYTH SENT OFF! ! SPURS ARE DOWN TO NINE MEN!
Crazy. Just crazy. Foyth has been on the pitch for less than three minutes is back having an early bath. He overruns the ball after a heavy touch and goes in high with his right-foot on Simpson. It was a tad reckless but whether it was dangerous is debatable. Poch is having words with the fourth official.

GOAL  :
BOURNEMOUTH FINALLY BREAK SPURS’ RESISTANCE!
A corner’s swung in and Ake powers in a header!

Man Of The Match : Mark Trevers