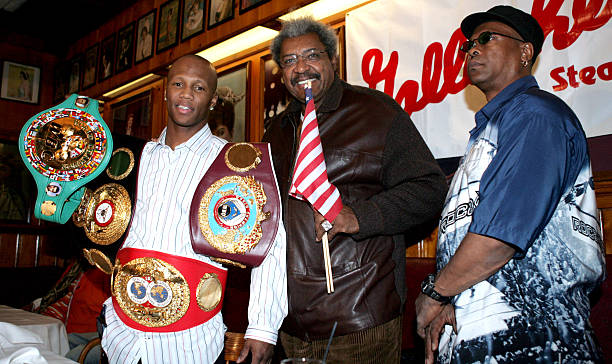 Star Boxing, in partnership with Turning Stone Resort Casino will be staging a new event, as part of the 30th anniversary of the International Boxing Hall of Fame Weekend. Headlining the event, Zab “Super” Judah (44-9, 30 KOs) vs. Cletus “Hebrew Hammer” Seldin (23-1, 19 KOs) at the Turning Stone Event Center on Friday, June 7, 2019.

Six-time world champion, former undisputed Welterweight champion and three-time New York Golden Glove champion Zab Judah has been a game for quite a while now and has defeated many notable names, which includes Micky Ward, Lucas Matthysse and Cory Spinks. He has also faced big names like Floyd Mayweather, Amir Khan, Danny Garcia and Miguel Cotto.

Facing the Former three weight world champion is Cletus “The Hebrew Hammer” Seldin, who holds records in both the Amateur and professional scene. He won the Ringside Amateur World Championship in 2009 and since turning Pro has racked up some notable victories including his victory over Roberto Ortiz at the Nassau Coliseum in a featured HBO fight.

He owns a 83% knockout rate and was the boxer alongside Hall of Fame world champions, Mike Tyson and Roy Jones Jr. to fight in featured fights on back to back months on HBO

In the co-feature James Mcgirt Jr. is planning to send his father off in to the Boxing Hall Of Fame, when he faces David Papot. McGirt compiled a 44 – 4 amateur record that earned him success the Sunshine State Games and the Southeastern Regional. Now as a professional, he has recorded victories against notable opponents in his division. This includes victories over Carlos De Leon Jr., Edwin Rodriguez, and Raymond Joval.

The Undefeated Frenchman David Papot will be hoping to spoil the McGirt’s special weekend. Going in on the back of some good professional performances that has earned him the WBA Continental Middleweight Title and French National Super Welterweight title. Before his professional career, he had 102 amateur bouts, 30 of which were with the French National team, earning French National Champion honors two times.