Skip to content
HomeSports NewsYamaguchi Falcao Vs Chris Pearson On May 2 At Hard Rock, LA

Yamaguchi Falcao Vs Chris Pearson On May 2 At Hard Rock, LA 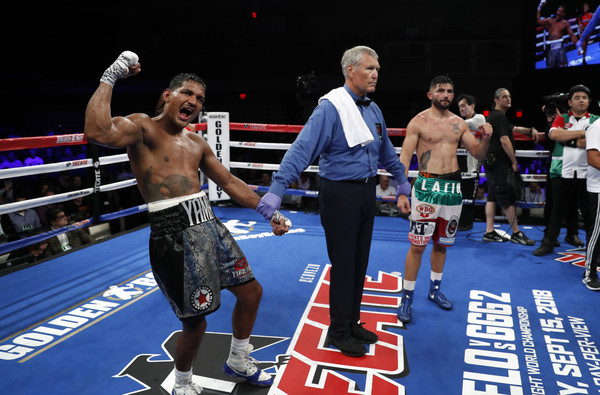 WBC Latino middleweight champion Yamaguchi Falcao will defend his title against Chris Pearson in a scheduled 10 – rounder on Thursday, May 2 at The Joint at Hard Rock Hotel & Casino in Las Vegas, NV.

The fight will be aired live on DAZN and brought to you by Golden Boy Promotions.

Pearson defeated Falcao via a controversial split decision in their amateur meeting  back in 2011. The fight was part of the international amateur boxing event on World Series of Boxing.

Falcao, a 2012 Olympic Bronze medalist and rated No. 9 by the WBC is unbeaten as a Professional and has accumulated a 16 – 0 record and nine by way of knockout. He was slated to face Paul Mendez on  March 9 in New York but the bout got cancelled at the last minute due Mendez medical issues.

“I am extremely grateful to be fighting on this platform,” said Falcao, who became a father last month. “It was heartbreaking when the Mendez fight fell apart on such short notice because I was looking forward to welcoming my son Roberto into this world after I beat Mendez but everything happens for a reason.”

“This fight is very personal to me. I’m planning to knock Chris out because he did not beat me the first time – the judges handed it to him! This is an even bigger opportunity than the Mendez fight because its two days before Canelo vs Danny Jacobs and now when I return home, baby Roberto will be waiting for me. This is my time to shine and show the world I’m a problem in the middleweight division!”

The twice beaten Pearson, has also appeared in the same amount of fights like his opponent. Howbiet, with a much higher KO record. He has been on big fight cards, notably appearing on the Floyd Mayweather-Manny Pacquiao PPV where he defeated Said El Harrak.

Despite his recent loss to Justin DeLoach, he has bounced back with two knockout wins and will be looking to add Falcao to the count.