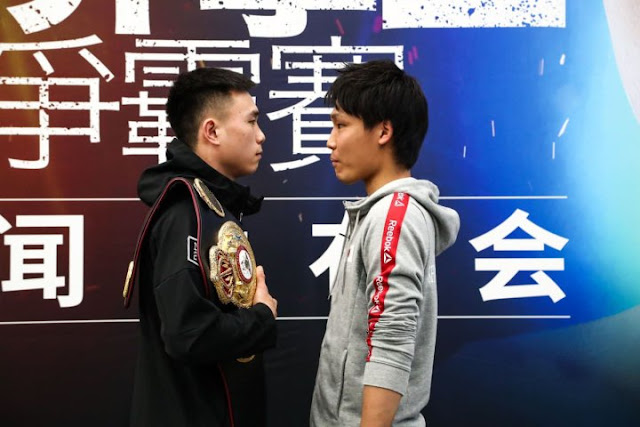 Xu Can will defend his WBA “regular” featherweight world strap against former world title challenger Shun Kubo of Kobe, Japan on May 26 in the historic “Good Luck” Chinese Coastal City of Fuzhou in Southeast China.

The announcement was made by Promoter Liu Gang during a press conference in China attended by the two fighters, an event organized by Max Power Promotions.

“In addition, WBA world champion Cañizales will defend against former world champ Sho Kimura. You should remember that Sho Kimura was the man who terrorized and ended the career of former Top Rank’s Golden Cow Zou Shiming before? Will Sho Kimura stop Cañizales too? I think May 26 will give fans an exciting show of good boxing,”

The 30-year-old Sho Kimura will be dropping down to 108-pounds after competing at 112 lbs for the last three years.