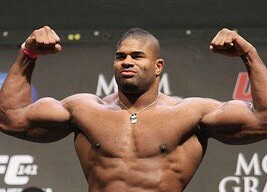 The UFC pits together two heavyweight first round finishers at UFC on ESPN+ 7, which takes place  the Yubileyny Sports Palace ,St. Petersburg, Russia. 10am ET on the 20tg of April.

Oleinik is a come forward fighter, that stops at nothing till his opponent is off or the fight is stopped by referee interruption. While Overeem waits for openings to strike  while keepimg his distance.

The weigh in for the Event took place earlier today at 2am ET and below are the full results.