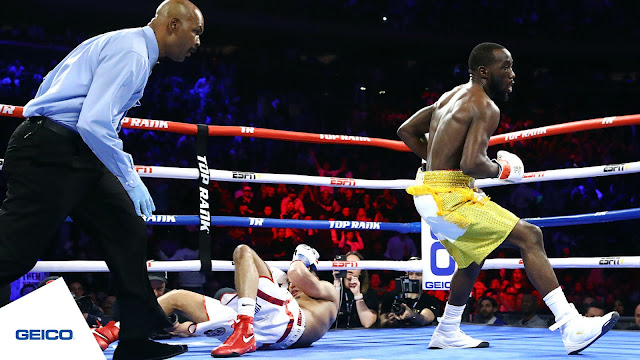 The WBO champion started out his one sided beatdown right from the first round and scored a knock down with an overhand right in the first round. After Khan recovered from that, he was wobbled again by the same right before the end of the first round.

Crawford clearly gave Khan problems with his switches and was landing his right hand at will, a good one in the second and opened the third with another.

By the fourth Khan was recieving a one sided beating from Crawford, who dished out punishing body shots at Khan but the Brit was able to land a big right hand to finish the round.

Delivered by FeedBurnerThe best round for Khan came in the fifth, because he was able to reply with counters the shots handed down by Crawford. However Crawford landed regularly to the body and to the head but Khan took them all well.

The former unified light-welterweight champion had begun to struggle with what appeared to be an injured right arm and was taking regular punishment before the premature ending in the sixth round when he was withdrawn following Crawford’s low blow.

Khan then started struggling with an injured arm in the sixth roumd and began receiving some serious punishment from Crawford before the fight was stopped prematurely by the referee. 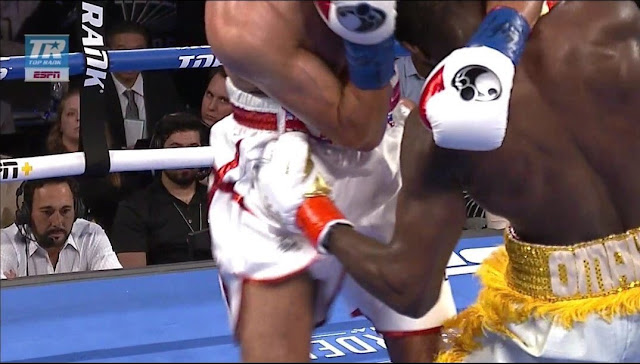 After consulting with Hunter, referee David Fields waved off the fight and declared Crawford the winner by TKO after 47 seconds of the sixth round.