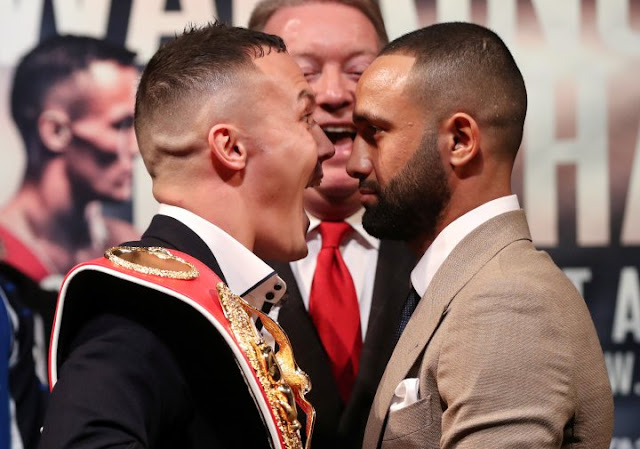 ↑ Grab this Headline Animator
Josh Warrington defends his IBF World featherweight title against his mandatory challenger Kid Galahad FD Arena in Leeds on June 15. Saunders believes that Warrington might be underating what Galahad brings to the ring, thereby creating room for an upset.
Saunders believes that their past will play a big part in stunting the Champion’s motivation for the fight. Having won big fights against Lee Shelby and Carl Frampton, he might have difficulty getting motivated for someone he defeated twice as an amateur.

“Warrington is a brilliant fighter and he has had a couple of good performances but sometimes when you have a couple of good ones – I’ve been there and done it – your mind and everything else isn’t quite working the same,” considered Saunders, who returns to the ring to fight for the WBO Interim world super middleweight title against the No.1 ranked Shefat Isufi at Stevenage FC on May 18.
“He’s boxed Selby and Frampton and now he is looking at Barry thinking ‘oh it’s Kid Galahad, I beat him a couple of times’. Is that going to be decisive here, I don’t know.”

Saunders also believes that his former trainer Barry,  will have much to do in motivating the challenger Galahad, saying he will play a big part and Credits his for some Warrior Code.