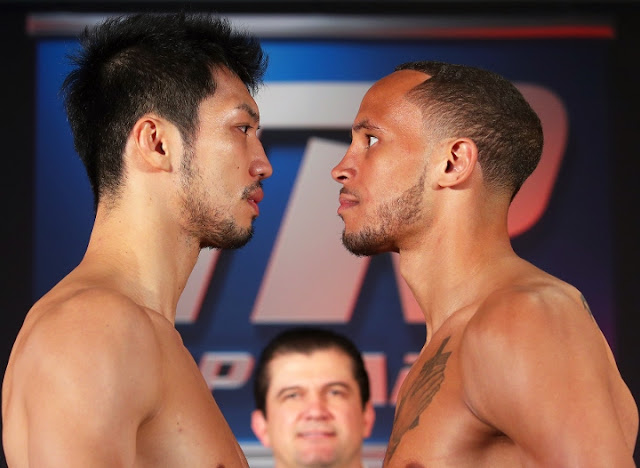 Rob Brant and Ryota Murata will share the ring ones again in Rematch of their October back and forth Fight, that saw Brant snatch the WBA middleweight title away from Murata via unanimous decision.

Brant will be making the second defense of the title, while Murata will be out to get revenge in front of his home fans on Friday, July 12 at Edion Arena Osaka in Osaka, Japan.

Brant (25-1, 17 KOs) went into their first fight as an underdog but proved the bookmarkers wrong with an incredible performance, with loads of activity. Brant overwhelmed Murata throwing 1,262 punches, the highest ever recorded in a middleweight fight as reported by CompuBox.

In his first defense, he knocked out previously unbeaten Khasan Baysangurov in the 11th round, at the Grand Casino in Hinckley, Minnesota.

“I am very excited to be defending my title in Japan against Ryota Murata. Ever since I beat him for the belt, I have always known this fight was on the horizon,” Brant said. “I feel Murata is only at his full potential while in front of his people. This fight is me showing the world that I can bring my full potential with me wherever I go.”

Murata (14-2, 11 KOs) had a rapid growth into the boxing world, winning his first twelve fights controversial split decision to Hassan N’Dam in May 2017, in his first attempt at a World Title but he knocked out N’Dam five months after to win the title.

“Rob Brant beat me fair and square, but I am ready to get revenge,” Murata said. “I want to show everyone the real Ryota Murata and regain my world title in spectacular fashion. I took some time off after my last fight, but I never lost my fighting desire. In fact, I am more motivated than ever.”