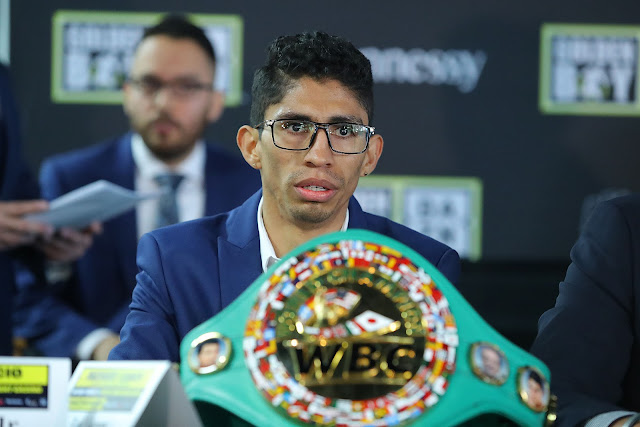 ↑ Grab this Headline Animator
The WBC has announced that Rey Vargas and Tomoki Kameda have both reached a deal for their fight, with few days remaining for their scheduled Purse Bid. It was communicated to the WBC that the scheduled purse Bid wont be nessesary, as Golden Boy Promotions, TGB promotions and Promociones del Pueblo have reached an agreement.
Rey Vargas defeated Gavin McDonnell to win the title on February 5th 2017 and has gone on to defend it four times, while still remaining undefeated with (33-0,22KO). His opponent Kameda defeated Abigail Medina in Tokyo last November to win the interim title and that made him the Mandatory challenger.

The twice bitten Tomoki Kameda has since his moving to Mexico, won the WBC youth title, WBC International title, WBC Silver belts and a NABF Belt with many other accomplishments to this name.