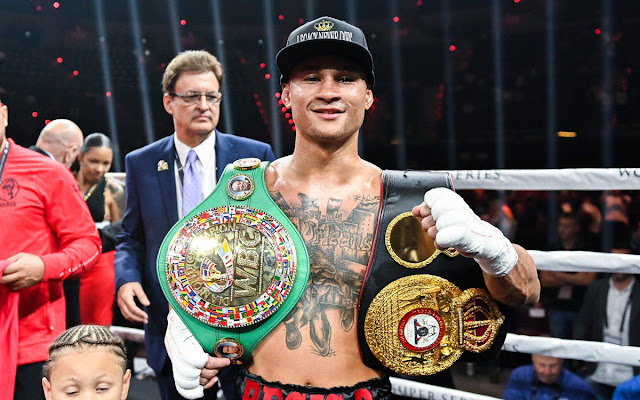 Regis Prograis defeated Kiryl Relikh via a sixth round knockout in the WBSS Semi Finals on Saturday evening and by doing so snatched the WBA super-lightweight title from the Belarusian, also entering the WBSS Final.

Progrias, which was fighting in his hometown dominated the one Sided fight on the way to the first professional title of his career.

Relikh got injured in the first round of the fight and had to struggle through it, leaving Progrias with all the advantages. Prograis scored a first round Knock Down with a body shot after the injury.

The second round was also dominated by Prograis, before a moment of controversy when Prograis was wobbled by a shot after the bell. Prograis recovered before the start round three and continued his onslaught over the next three rounds.

By round five, Prograis was destined for victory but Relikh decided to continue fighting , despite being questioned by his corner on concerning the continuity . He pleaded with his corner to give him some time to turn the fight around but his corner gave up on him, midway through round six and threw in the towel.

Prograis improved to (24-0 KO20) and will be facing the winner of the fight between IBF champion Ivan Baranchyk and unbeaten Scotsman Josh Taylor, which takes place on the 18th of May at Glasgow’s Hydro Arena, Scotland.

After the fight, he was asked who he would like to face in the final. Progrias replied “I honestly want to fight Josh Taylor more because some people say he can beat me, but at the end of the day, it doesn’t matter.”