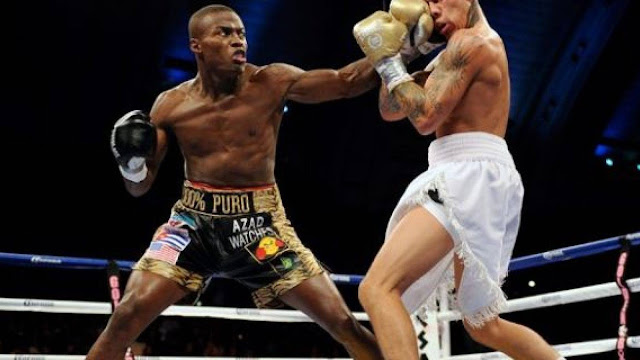 ↑ Grab this Headline Animator
Former World Champions Peter Quillin and Caleb Truax will fight for the IBF super middleweight title mandatory spot in the main event of Premier Boxing Champions on FS1 and FOX Deportes Saturday, April 13 from The Armory in Minneapolis.
The fight will be supported by Middleweight contender Sergiy Derevyanchenko taking on Jack Culcay for the IBF 160 middleweight mandatory spot

Quillin (34-1-1, 23 KOs) defeated J’Leon Love via unanimous decision last August and was formerly a world champion at 160, defeated Hassan N’Dam in 2012 to win the title and defended it thrice before losing to Daniel Jacobs in 2015.

“I’m approaching this fight very seriously because I know Truax is a durable guy who knows how to fight,” said Quillin. “He comes from a background where people don’t give him credit for what he’s done, and those are the most dangerous guys. I’m no stranger to fighting in my opponent’s backyard. My job is to go into the ring and go home with the win. I’m looking to walk away with some of his fans on my side by winning the fight and putting on a great performance.”

Truax (30-4-2, 19 KOs) has had some ups and downs after upsetting James DeGale in 2017 to become a champion at 168 pounds champion, he lost the Rematch the following year and just recently defeated Fabiano Soares via 3rd round TKO.

“Peter Quillin is someone I’ve wanted to fight since I first sparred with him in 2012,” said Truax. “I walked away from that experience confident that I could get the job done if we were ever matched together. The fact that it’s taking place at home in Minnesota is even better because my fans are going to give me a huge advantage. My goal is to get back into title contention and win my second world title.”

The fight will be Streamed live on FOX Sports app, available in English or Spanish through the FOX, FS1 or FOX Deportes.