Oleksandr Usyk Vs Carlos Takam On May 25th 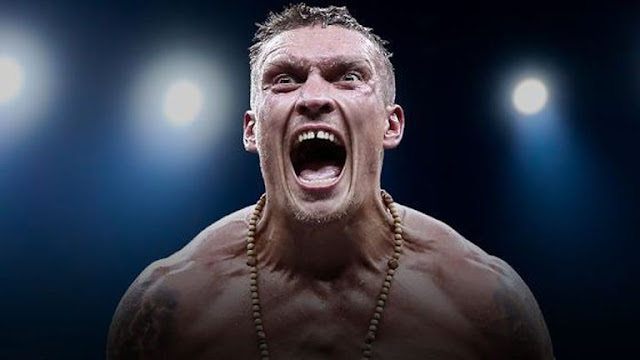 ↑ Grab this Headline Animator
Oleksandr Usyk will be making his heavyweight debut against Carlos Takam on Saturday May 25, at the MGM National Harbor in Oxon Hill, Maryland, live on DAZN in the US and on Sky Sports in the UK.
After unifying all the titles at Cruiserweight and winning the Inaugural WBSS by defeating Murat Gassiev in the finals, Oleksandr Usyk (16 – 0,13KOs) move to heavyweight has been delayed due to issues of a perfect opponent for his debut at heavyweight.
Usyk defended his Unified Cruiserweight titles against Tony Bellew in his last fight, Knocking out the Brit in the eight round at the Manchester arena. His seventh consecutive World title victory.

Enter your email address:
Delivered by FeedBurner
Carlos Takam has been on some high profiled Fight at heavyweight, fought and lost via knock out, when he challenged Anthony Joshua for the IBF, WBA and IBO World titles in Cardiff, Wales in October 2017, he fought Chisora last year in a fight if the year contender that saw him get knocked out.
Oleksandr Usyk

“May 25 marks a major moment in my career when I move to the Heavyweight division,” said Usyk. “At Cruiserweight I did it all and became the undisputed champion and that is my goal now in the Heavyweights.

“This is the ultimate challenge and it begins on May 25 against Carlos Takam. It’s a tough first fight but I need to test myself against World class opposition on my new road to undisputed.”

“Usyk has achieved everything in the Cruiserweight division – I am ready to welcome him to the new world of Heavyweight boxing,” said Takam. “I can promise that this will be a great fight and I will provide Usyk with a huge test on his Heavyweight debut. I have huge ambitions of my own in the division and this fight will provide me with the chance to prove that.”