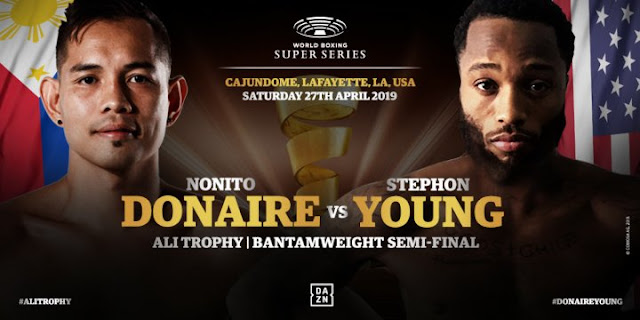 WBA rated No. 5 Stephon Young (18-1-3, 7 KOs) has stepped in as replacement for the injured Zolani Tete in the WBSS bantamweight semi-final against Nonito Donaire.

Young, who was initially scheduled to feature in the undercard  against Daniel Lozano, will now be making his way to Lafayette, Louisiana for Saturday’s semi-final.

“I was walking in circles for ten minutes eyes full of tears of joy. I felt amazing with the news,“ said Young about receiving the news that he is entering the World Boxing Super Series. “It’s a real dream come true to be in this position.”

“It doesn’t matter who I fight. I’m coming in to win vs anyone I step in there with. My mindset is strong. I have the utmost respect for Nonito. He is a great fighter and from what I see he’s a classy fighter outside the ring as well.

“I feel I will handle the big stage quite well and I rate my chances very, very good.”

Delivered by FeedBurnerFrom the format of the WBSS, it is now evident that young was training behind the scenes, as a replacement for the bout and according to tournament’s Chief Boxing Officer Kalle Sauerland, he will have the full opportunity to earn a place in the final against either Naoya Inoue or Emmanuel Rodriguez.

”It is very, very unfortunate for Tete, particularly after such a strong belief in going all the way and win the Ali Trophy,” said Sauerland. “Fortunately, we are prepared for such eventualities and the tournament will move forward with our reserve fighter Stephon Young, ranked number five in the world, facing Nonito Donaire in the semi-final in Lafayette this weekend.”