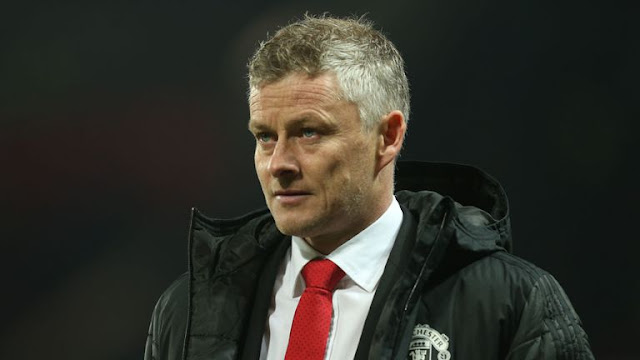 Manchester United Manager Ole Gunnar Solskjaer believes that his team have the capabilities of overturning a goal deficit when they face FC Barcelona at Camp Nou for the second leg of the UEFA Champions League Quarter Final.

Manchester United lost the first leg with just a goal at Old Trafford and the Norwegian believes United can overcome the deficit, as they did against Paris Saint Germain in the round of 16.

Luke Shaw deflected in the only goal in the 12th minute of the game but despite the chances United created, the failed to capitalize on them at Old Trafford giving FC Barcelona a head start into the second leg.

“The PSG performance away gives us hope and belief we can do it,” United manager Solskjaer told his post-match press conference. “But we know we are playing against probably the favourites in the tournament.
“Going to the Nou Camp is going to be a challenge. It would be a greater achievement. With the history of Barcelona, they are not used to losing at home, but we can do it, no doubt about it.
“Away from home we’ve beaten Juventus and PSG and now we need to go to Barcelona. We know we have possibilities in this tie.”

Solskjaer had during the build up called for his team to evoke the 1999 Champions League winning team, where he scored the winning goal deep in extra time but Manchester United failed to register a shot oo target for the first time since 2005 against AC Milan.

“We know we can carry a goal threat,” Solskjaer added. “Whoever is playing up front, we have to provide a bit more ammunition for them.

“We need to be effective and efficient over there because we’re not going to create loads of chances, we have to take what we get.

“We will have to take more chances, release Paul [Pogba] or Scott [McTominay] from midfield, help the strikers and try to get crosses into the box.
“But we’ve scored goals at the Nou Camp before from corners and crosses.”

Manchester United will be meeting FC Barcelona on the 16th of April at Camp Nou next week.