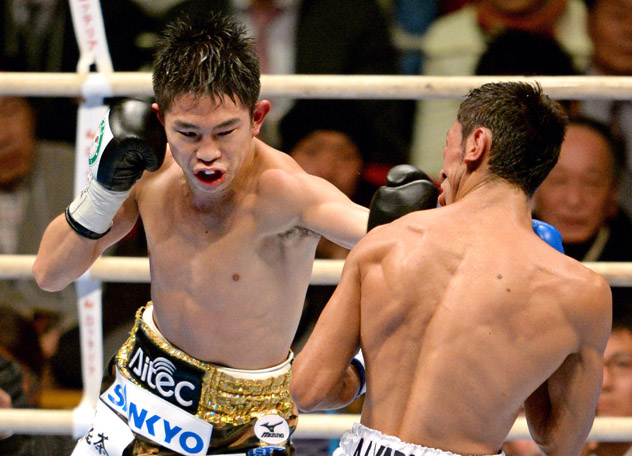 Kazuto Ioka and Aston Palicte will exchange gloves on the 1oth of June for the Vacant WBO super flyweight title at Makuhari Messe Hall in Chiba, Japan.

The fight which was delayed by the negotiations for the international viewing rights, was on Tuesday confirmed by Taku Nagashima.

The fight Card will be air locally on TBS, which has been carrying Ioka bouts. While online streaming will be UFC Fight Pass, due to the exclusive agreement with RJJBoxing.

Both fighters will be taking their second shots at the same title both had lost via seperate controversial decisions to Philippines’ Donnie Nietes.

Ioka (23-2, 13KOs) will be hoping to become a four division champion, the first from his country Japan and his first since losing a controversial 12-round decision loss to Nietes last December in Macao, China.

Palicte (25-2-1, 21KOs) knocked out Jose Martinez in their second round of their title eliminator and after the win was ordered by the WBO to negotiate terms with Ioka through a 14 day window before the purse bid was ordered

[…] his career in his first career title fight which drops the American based fighter to 11-1 (5KOs). Ioka successfully made the first defence of the WBO World title he won with a tenth round knockout v… […]