Juventus Boss Allegri Hopeful Ronaldo Makes It Back For Ajax 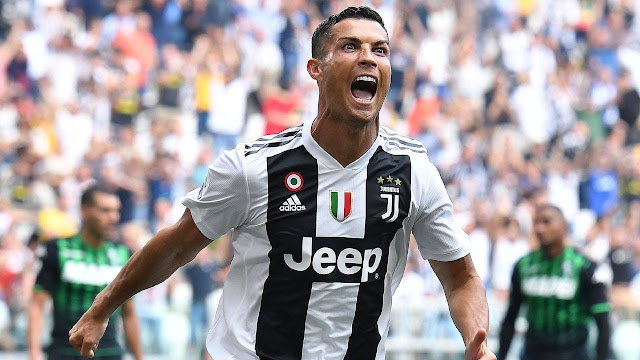 ↑ Grab this Headline Animator
Cristiano Ronaldo has been out since been forced off with a thigh issue, while representing Portugal in the international break and  was only Friday, considered a doubt by Massimiliano Allegri for the UEFA Champions League Quarter Final clash with Ajax.
However speaking on Monday the Old Lady Boss gave a positive update on Ronaldo’s injury and was also optimistic the Champions League all time scorer makes it back for the game against Ajax on next week Tuesday.

Allegri said: “The exam he had this morning revealed that the leg is much better. Then of course it depends how the player reacts and the evoentual pain that he feels.”

Cristiano Ronaldo pulled off  a stunning performance in the UEFA Champions League round of 16 second leg, scoring a Hat-trick to push the Old Lady’s into the quarter finals.

However, before then Atletico Madrid dominated Juventus in Spain winning the first leg 2 – 0 and due to their defensive style of football, had all odds against Juventus in the second leg.