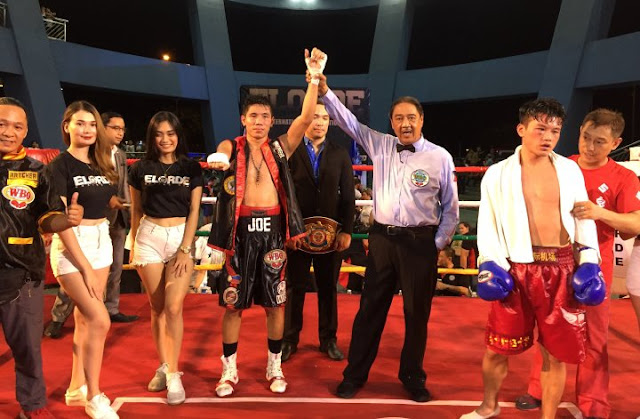 Saka made sure his intent was known early in the first round. He landed tough right hand to the chin of Noynay that wobbled him, sending trills through everyone in one in his corner. The new Champion took it well, regained his composure, regrouped and deliver a thunderous reply attack with both hands that rocked the Japanese boxer down for knockdown.

Saka got back to his feet and engaged Noynay in a furious exchange at the center of the ring but despite his heart and courage was sent right back to the canvas by a crushing right hand  from Noynay.

Delivered by FeedBurnerSaka made it back to his feet and kept himself standing till the end of the round but couldn’t hold himself from reaching the canvas third in the second round. Noynay sent him a quick flurry that rocked the Japanese and sent him to the canvas for the third and final time to seal the victory.

Noynay claimed the WBO Asia Pacific super featherweight title and with the victory, a significant improvement in the WBO world-rankings.