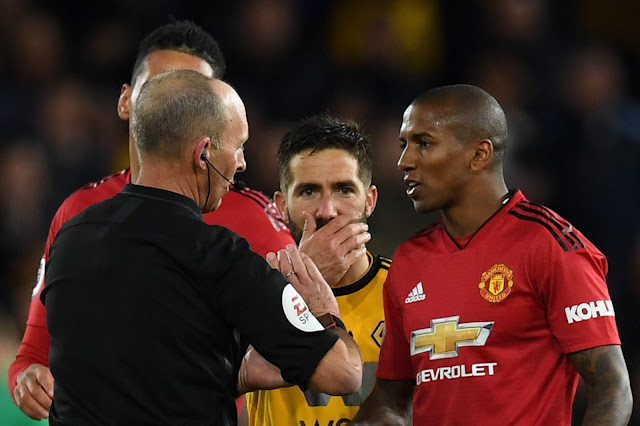 Goal : 13′ 0 – 1 Scott McTominay
Shaw and Lingard combine nicely down the left, drawing the Wolves defence out before the ball is played inside to Fred, who offloads it to McTominay. The 22-year-old takes the invitation to shoot and fizzes a crisp low drive beyond Patricio from 25 yards to give United a deserved lead.

Goal : 25′ Diogo Jota 1 – 1
Seconds after Jimenez blazes a shot wide at the near post, he tees up his strike partner for Wolves’ equaliser. United have themselves to blame as De Gea plays it out from the back and Fred is caught in possession. Two passes later and Wolves are through on goal as Jimenez slots Diogo Jota in behind, and he clinically fires past De Gea.

Young lunges in on Jota after mis-controlling the ball and picks up a second booking. Two yellows make a red, and it means Ashley Young is the 100th recipient of a red card from referee Mike Dean.

Jonny’s cross from the left is met by Jimenez, who cushions the ball into the path of Dendoncker. He’s confronted by Chris Smalling who turns the ball into his own net while under pressure from the Belgian to out Wolves ahead. 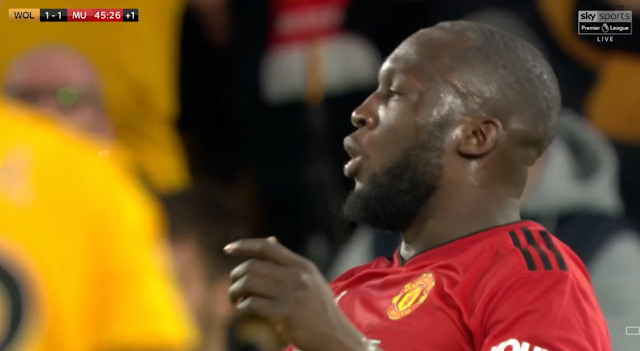 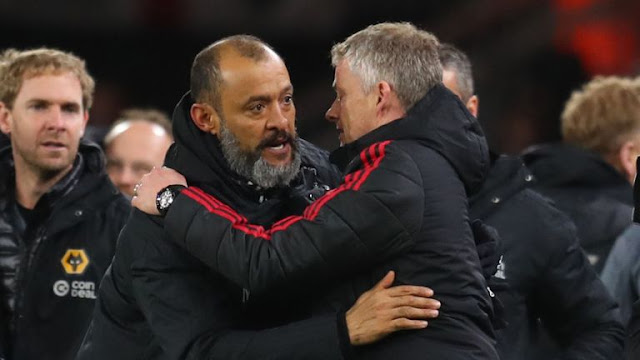 Wolverhampton Wanderers were the last team to defeat Ole Gunnar Solskjaer’s Manchester United before the International break, Knocking the Red Devils out of the FA Cup.
Nuno Espirito Santo’s lost their return to Premier League action during the weekend, 2 nil to Burnley and will love to further hold on to the seventh spot of the Premier League table, which will be threatened by Leicester City, Watford and West Ham United, if they lose against the Red Devils.
Unlike Wolves, Manchester United returned with a 2 – 1 Win over Watford FC, despite claims of a below Par performance that got them dominated throughout 90 minutes. The Red Devils have a chance to avenge their FA Cup loss and with a win go third, as they fight for the final two Champions League places.

Raul Jimenez will be returning to action after being rested for the loss to Burnley  and also returning is Matt Doherty, while Nuno Santo hopes to rest players for their FA Cup Semi finals against Watford on Sunday.
Manchester United will have both Anthony Martial and Romelu Lukaku ready for the clash according to Manager Ole Gunnar Solskjaer.