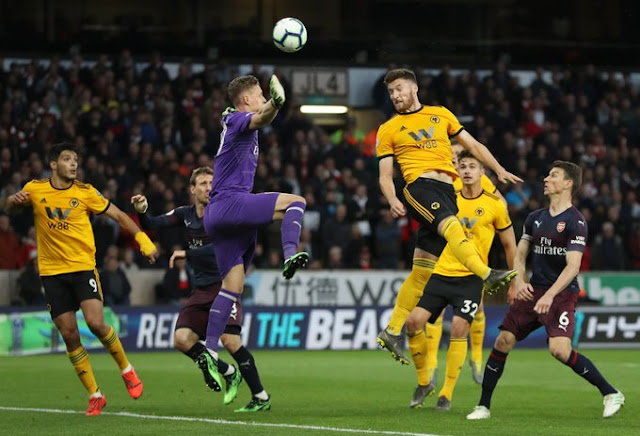 GOAL : 28′ Ruben Neves 1 – 0
Neves stands over the free-kick and as he’s done so many times before, he lifts the ball over the wall and picks out the bottom corner.

There’s absolutely nothing Leno could’ve done to keep that strike out! Wolves lead!

GOAL : 37′ Matt Doherty 2 – 0
Wolves go short at a corner and Arsenal are slow to react. Jonny floats the ball into the penalty area and Doherty, who beats the offside trap, has a free header.

Leno comes off his line but he’s in no man’s land as Doherty flicks the ball past him and into the empty net.

GOAL  : 45′ 3 – 0  Diogo Jota
Shocking from Arsenal and they are well and truly punished by Wolves and Jota.
Arsenal lose possession in their own half and Wolves pounce. Jota bursts into the penalty area before firing a low shot past Leno, who should have done better.
The German goalkeeper will not want to see that again as the ball went through him and into the back of the net.

GOAL : 80′ 3 – 1 Sokratis
A lifeline for Arsenal as Sokratis rises above Neves in the six-yard box to head home Xhaka’s corner.
Is it the start of a miracle comeback or just a consolation? 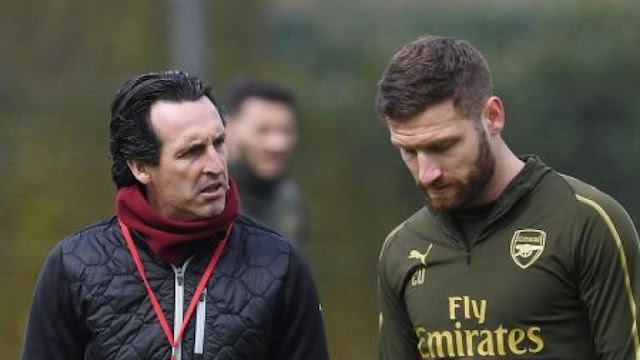